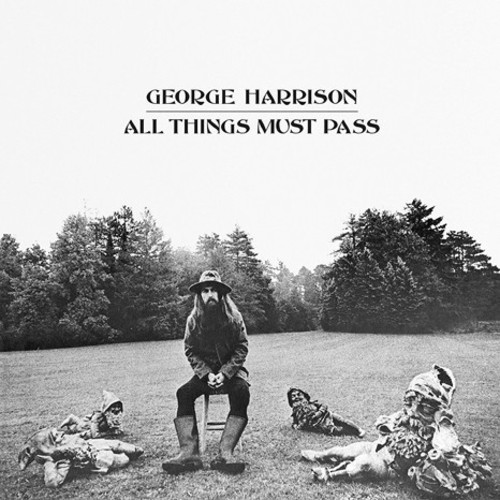 All Things Must Pass was released by Apple Records in November 1970. Co-produced by Harrison and Phil Spector, many musicians contributed to the album, including Eric Clapton, Ringo Starr, Billy Preston, Pete Drake, Gary Wright, Klaus Voormann, members of Badfinger, players from Delaney and Bonnie band, and John Barham. The triple-LP topped charts around the world and earned universal acclaim as a rock masterpiece. George became the first Beatle to have a solo number one single in both the UK and America with the album's lead single, 'My Sweet Lord,' which introduced his signature slide guitar playing. George co-wrote the album's opening track, 'I d Have You Anytime' with his friend Bob Dylan, who also wrote another song on the landmark album, 'If Not For You.'