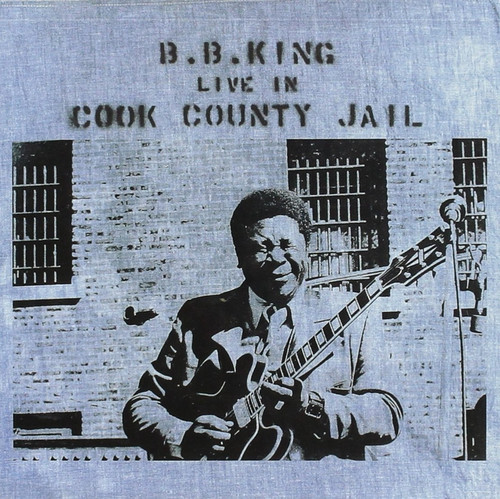 Limited 180 gram vinyl LP repressing of the classic B.B. King live album. Live In Cook County Jail. Recorded in Chicago's Cook County Jail on a hot fall day in 1970 and released the following year, the recording of this historic event was named #499 on Rolling Stone's list of the 500 Greatest Albums of All Time, hitting #1 on the Billboard R&B charts, #3 on the Jazz charts and #25 on the Top 200. One of several live albums King released, it features a selection of his best-known songs. Includes "How Blue Can You Get?", "Please Accept My Love" and his signature classics "The Thrill Is Gone" and "Every Day I Have The Blues".