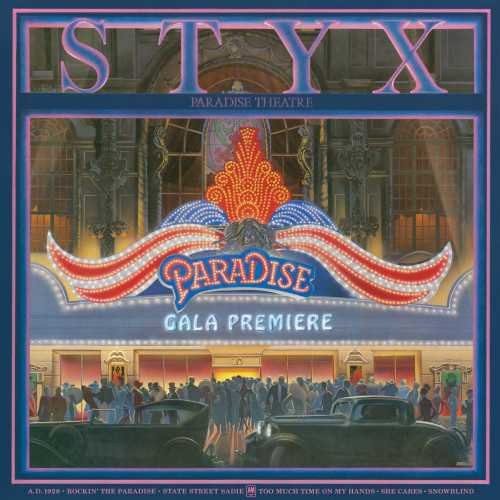 Limited 180gm vinyl LP pressing of this album from the AOR/classic rock band. Originally released in 1981, Paradise Theater satisfied both camps of writers within the band, with classic hard rock tracks (from Tommy Shaw and James Young) as well as pop sensibilities (written by Dennis de Young). Hits include "Too Much Time On My Hands", "The Best of Times" "And Rockin' The Paradise." Led by the talents of Dennis DeYoung (vocals/keyboards), Tommy Shaw (vocals/guitar), and James J.Y. Young (vocals/guitar), Styx became one of the most successful FM/Arena Rock bands in the U.S. during the latter half of the '70s and into the early '80's. With brothers Chuck (bass/vocals) and John Panozzo (drums), the band ruled the airwaves for a decade before their split in '84. DeYoung's distinct vocals and pop oriented material worked well against Shaw's edgier material, garnering the band important airplay on FM and AM radio stations.