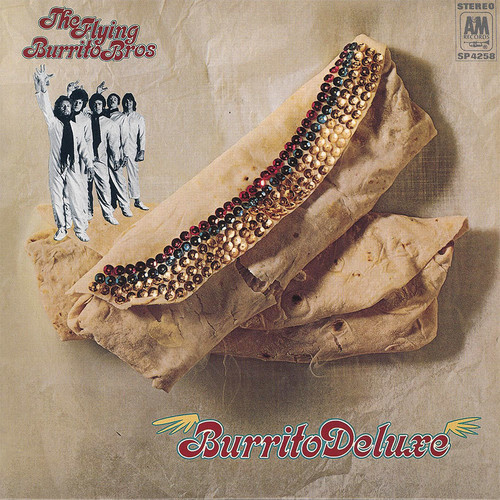 Limited 180gm audiophile vinyl LP pressing. Gram Parsons had a habit of taking over whatever band he happened to be working with, and on the first three albums on which he appeared - the International Submarine Band's Safe at Home, the Byrds' Sweetheart of the Rodeo and the Flying Burrito Brothers' The Gilded Palace of Sin he became the focal point, regardless of the talent of his compatriots. Burrito Deluxe (1970), the Burritos' second album, is unique in Parsons' repertoire in that it's the only album where he seems to have deliberately stepped back to make more room for others. The album includes songs like 'Cody, Cody' and 'Older Guys'. It also contains the first issued version of the song 'Wild Horses', released almost a year before it's appearance on Sticky Fingers by The Rolling Stones. The band sounds tight and they play with genuine enthusiasm. Burrito Deluxe is certainly better than your average Country Rock album.