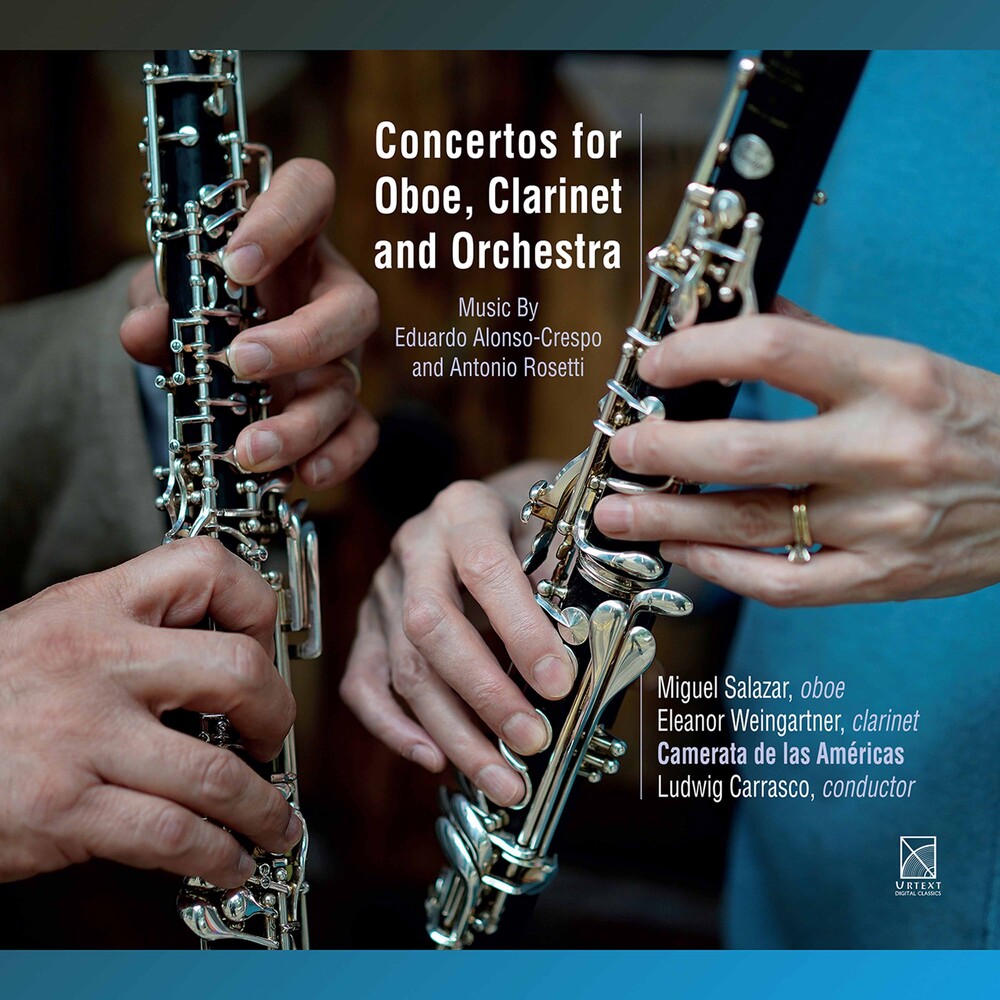 This release features a program of classical works for a unique instrumentation- oboe, clarinet, and orchestra. The first piece, Double Concerto for Oboe, Clarinet, and Orchestra by Eduardo Alonso-Crespo, sets both soloists as equals. The following works- Rosetti's Concerto No. 3 in C Major for Oboe and his Concerto in Eb Major for Clarinet, brilliantly showcase each artist individually. Eleanor Weingartner, an American clarinetist living in Mexico has been principal clarinet of Mexico's National Symphony Orchestra (OSN) since 1990. With the OSN she has played in concert halls throughout Mexico as well as in important venues in Europe and the United States and has participated in many OSN recordings for Sony, among other labels. Miguel Salazar studied music at the University of Guadalajara and later at Carnegie Mellon in Pittsburgh. He has previously held positions with the Guadalajara Symphony Orchestra and the National Symphony Orchestra, and is currently principal oboe of the Queretaro Philharmonic Orchestra.