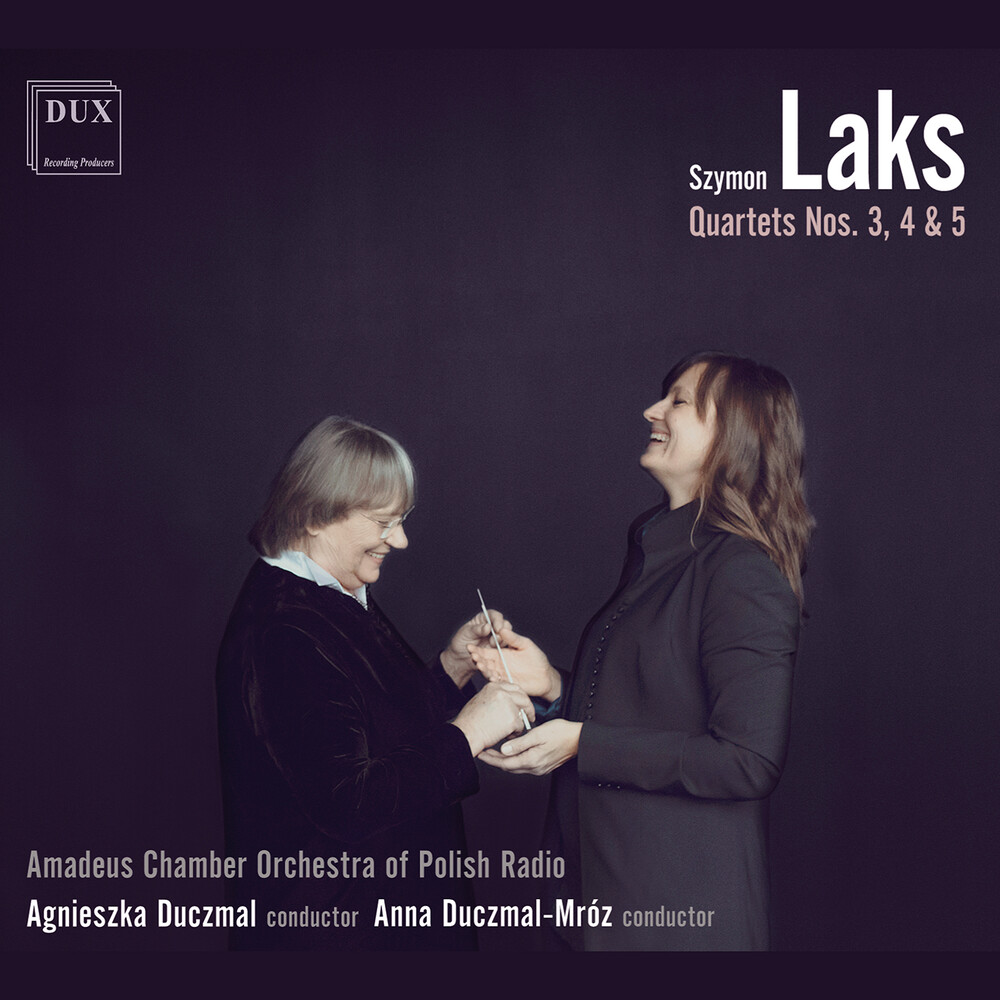 "I spent [...] almost three years in Oswiecim, and what I saw and experienced there could not but weigh on my biography, not only psychological, but also musical. [...] It was difficult to get back to normal life like to an interesting book that one interrupts right in the middle of it. A lot of time was still to pass before it all settled down and I rediscovered a sense of composing," said Szymon Laks (1901-1983) in an interview with Tadeusz Kaczynski for Ruch Muzyczny (21/1964). Number 49543 in Auschwitz-Birkenau, an outstanding composer, violinist, writer and passionate linguist and translator admitted that it was music that saved his life in the extermination camp, where he stayed from 1942 to 1944. The present album contains a recording of three string quartets arranged for string orchestra, which are one of the greatest showpieces of the compositional activity of Szymon Laks.