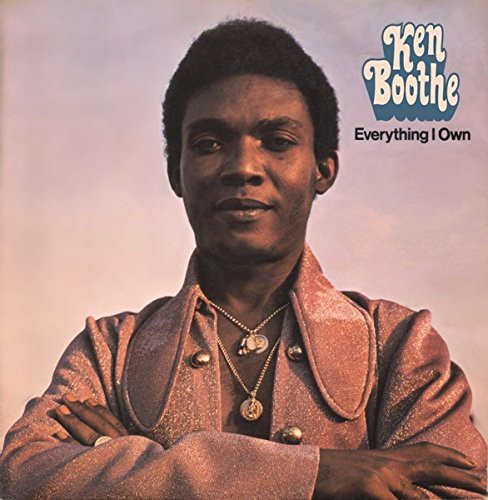 Digitally re-mastered edition of this 1974 Reggae classic. EVERYTHING I OWN was the seventh studio album by Jamaican artist Ken Boothe. The most famous track from this album is the title track, "Everything I Own" (originally recorded by American band Bread), which was an international hit and went to #1 on the UK Singles Chart. "Crying Over You was similarly successful in the UK, reaching #11 on the UK Singles charts in 1974. Ken Boothe OD (born 22 March 1948) is a Jamaican vocalist known for his distinctive vibrato and timbre. Boothe achieved an international reputation as one of Jamaica's finest vocalists through a series of crossover hits that appealed to both reggae fans and mainstream audiences.