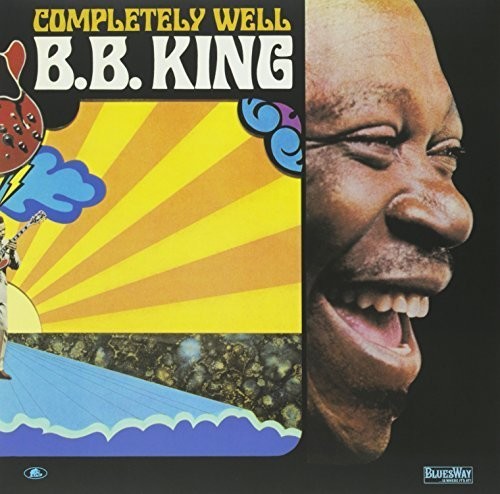 Limited 180gm audiophile vinyl LP pressing in gatefold sleeve with original artwork and liner notes. The blues legend's 1969 breakthrough album Completely Well was produced by Bill Szymczyk who went on to produce The Eagles. It was Szymczyk's idea to overdub strings to 'The Thrill Is Gone', the best-selling of all B.B. King's 45s. The slow and groovy million-seller, a twelve-bar blues, became his most prominent signature song, reaching position #3 on the R&B charts, and climbing to number #15 in Billboard's Hot 100 Pop charts, remaining there for two months. Compared to his earlier recordings for the Bihari Brothers, Completely Well marks his step into the '70s, winning a new audience of white rock fans. He had been opening for the Rolling Stones, and he also appeared at London's Royal Albert Hall that year. Completely Well is "truly the album that made the world sit up and take notice of B.B. King" (Cub Koda, All Music Guide). Backed by a small combo (with horns later added), B.B. King is in top form, playing guitar and singing at his best! Completely Well ranks amongst the best studio albums in his entire career.