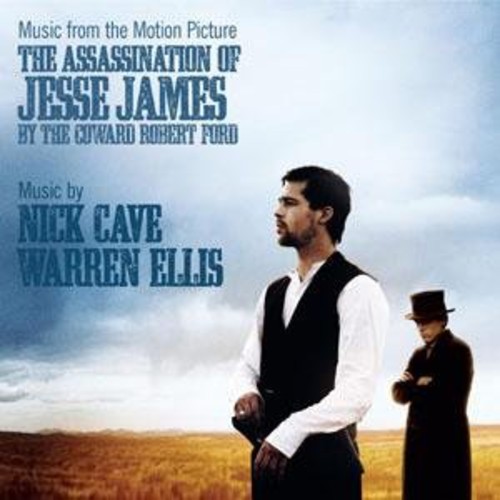 2007 soundtrack to the acclaimed film starring Brad Pitt. The soundtrack's composers, Nick Cave and Warren Ellis, come from the internationally celebrated bands Nick Cave And the Bad Seeds, the Dirty Three and Grinderman. Cave and Ellis composed, played and produced this compelling and intense soundtrack for director Andrew Dominik's savage tale of the true West, the Assassination of Jesse James By the Coward Robert Ford. This soundtrack perfectly captures the charismatic and unpredictable nature of the film's central protagonist. Like the film, Cave and Ellis' music cuts through the mythic figure of Jesse James to reveal the complex, contradictory man beneath. Daring and passionately delivered, this beautiful soundtrack retains it's captivating power even without the benefit of Dominik's images. Mute. 2007.