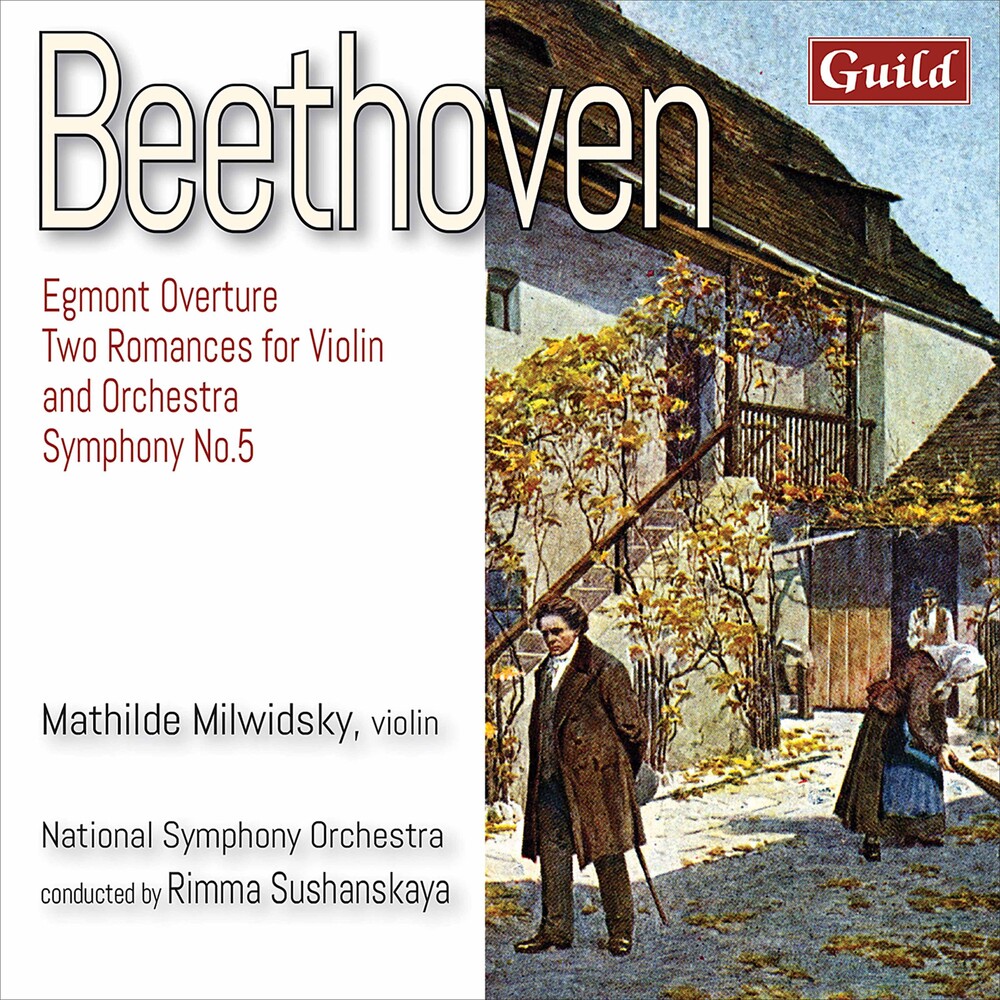 In the 250th anniversary year of his birth, this release gathers together four of Beethoven's most distinctive scores: the powerful Egmont overture, composed in 1810 for Goethe's historical drama, the two exquisite Romances for Violin and Orchestra, the first dating from 1803 and the second written earlier in 1798, and probably one of his most famous works, the Fifth Symphony from 1805. Here is Beethoven's humanity, overcoming all odds, writ large for all with ears to hear, to resound as powerfully today as it did more than two centuries ago. Born in London in 1994, 25-year old violinist Mathilde Milwidsky is a true rising star and has been praised by The Strad (2017) for her "perfect intonation and beautiful shaping and colouring, comprehensively nailing each new stylistic and emotional universe as she went". Mathilde's studies began at the Royal College of Music Junior Department where she was a Tsukanov Scholar taught by Viktoria Grigoreva and David Takeno. She studied at the Royal Academy of Music as a full scholarship student under GyĂ¶rgy Pauk, graduating in July 2017 with First Class Honours and the Regency Award for notable achievement. She will be recording her debut solo album for Guild in 2021. The internationally acclaimed violinist Rimma Sushanskaya has embarked on a successful career in conducting. In recent years she has performed as a conductor in concert halls of an ever growing list of countries including Germany, Russia, Israel, Romania, Ukraine, Poland, Lithuania, Bulgaria, Switzerland, China and the United Kingdom. Rimma has recently been appointed Principal Associate Conductor of the National Symphony Orchestra.