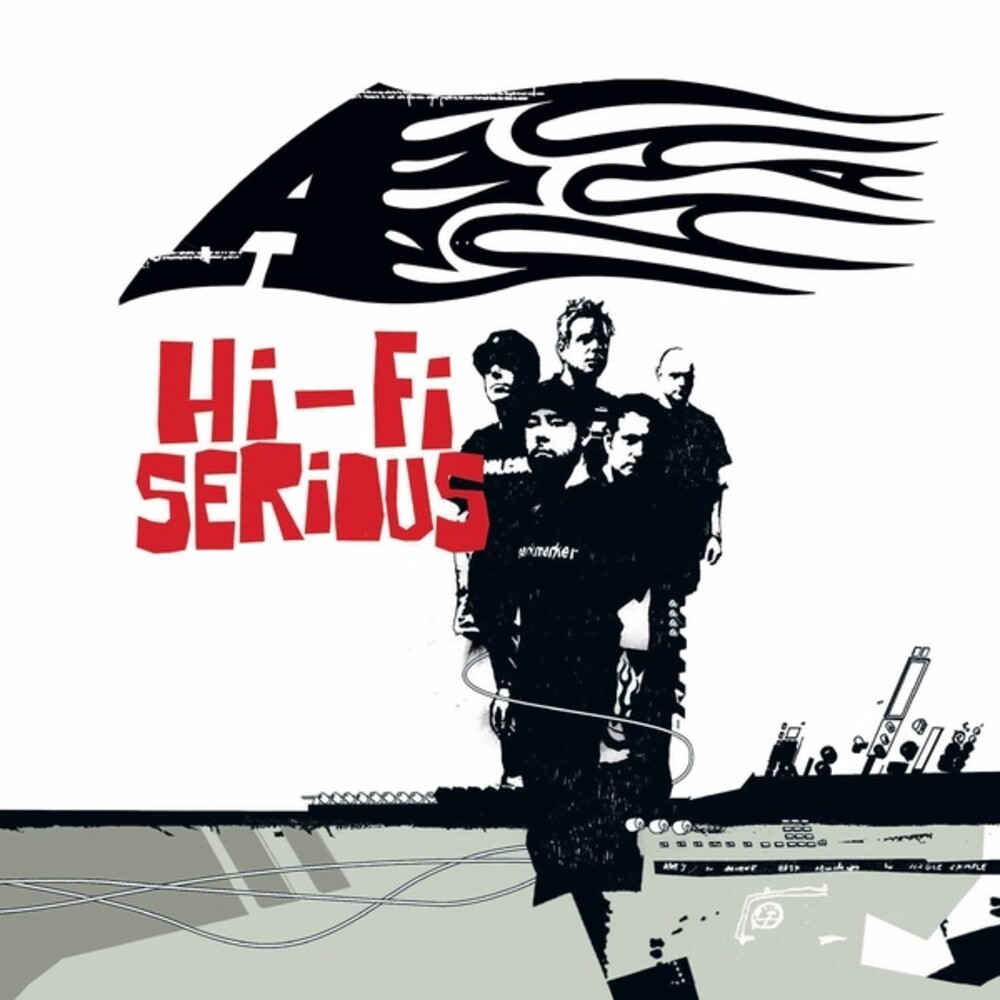 LP version. Red vinyl; gatefold sleeve with updated liner notes. Includes two CDs (album and B-sides). Pressed on vinyl for the first time Hi-Fi Serious was the third album from A released in 2002. It includes their hit single, "Nothing", which became the band's first and only top ten hit in the UK singles chart, reaching #9. "Nothing" was followed by top 20 hit "Starbucks". At the end of the year they won the Kerrang! Award for Best British Band. In 2004, "Nothing" appeared on Beyblade's Let It Rip! #official soundtrack. In 2007, "Something's Going On" and "The Distance" appeared on the Surf's Up video game soundtrack."Great pop-punk records are actually a fairly rare creature in the overall picture of alternative rock... That is why the blissfully sweet Hi-Fi Serious is such a wonderful surprise. Whereas in the past A always showed potential, on this record they took that step forward that so many of their contemporaries are afraid to take. And what a step forward it is; gorgeous hooks, excellent production, and anthemic choruses that border on hair metal at times all add up to an irresistible sound that should appeal to any fan of the genre. By cutting away the snotty Green Day worship that makes so many of these groups obnoxiously coy, the group can explore other genres without any concern over sounding too ironic or goofy. They have definitely moved in a more commercial direction on this record, adding elements like synthesizers and heavily processed backup vocals that might damage their credibility, but make their music just that much better... The fantastic 'Nothing' feels like it could burst apart at any moment, but instead it holds together with a chorus that burns it's way into your brain and refuses to leave. 'Took It Away' feels like it's breaking apart toward the middle, then it makes a dramatic turn into a breezy Southern California section that brings the song to the next level. 'Starbucks' is almost too catchy to be likable, but they manage to turn the song into a cutesy-but-endearing pop nugget by the end. And 'The Distance' is either a pleasantly unique punk-pop anthem or the best hair metal song written since Poison's 'Ride the Wind'... In a genre that is hideously oversaturated, it is a genuine relief to hear albums like this." -Bradley Torreano (All Music)