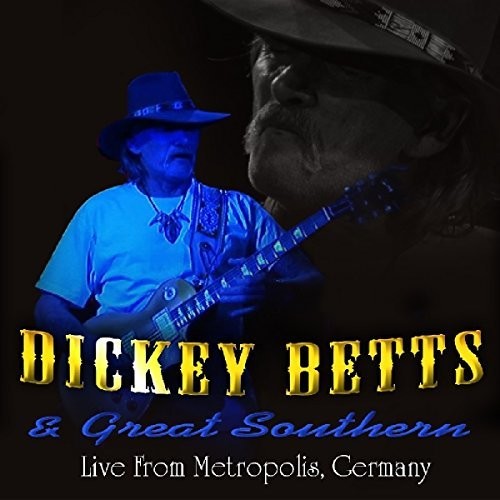 Dickey Betts & Great Southern performs live in Munich, Germany at Metropolis including tracks Hoochie Coochie Man, Ramblin Man and No One To Run With. Dicky Betts is an American guitarist, singer, songwriter, and composer best known as a founding member of The Allman Brothers Band. He was inducted with the band into the Rock and Roll Hall of Fame in 1995 and also won with the band a best rock performance Grammy Award for his instrumental Jessica in 1996. Recognized as one of the most influential guitar players of all time, he had early on in his career one of rock's finest guitar partnerships with the late Duane Allman introducing melodic twin guitar harmony and counterpoint which rewrote the rules for how two rock guitarists can work together, completely scrapping the traditional rhythm/lead roles to stand toe to toe. Dickey Betts was ranked #58 on Rolling Stone's 100 Greatest Guitarists of All Time list in 2003, and #61 on the list published in 2011. Dicky Betts formed his own band Great Southern in 1976 and they are considered to be one of the most important and influential Southern Rock bands of all time.