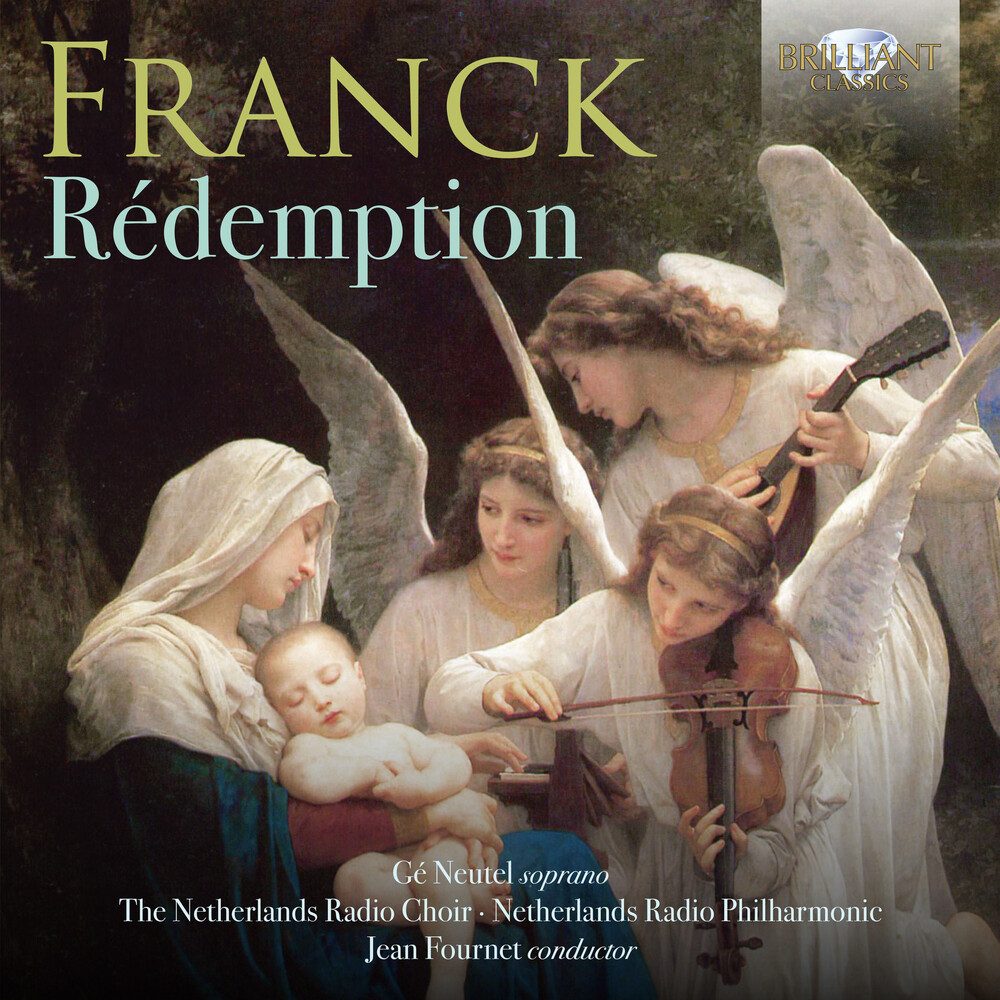 With just a single modern recording in the catalogue, Franck's hour-long fusion of oratorio form with symphonic poem counts as a notable rarity in his output, not so sprawling as the evening-long oratorio on the Beatitudes but still a dramatic canvas full of incident and contemplation well worth exploring by anyone familiar with the Symphony or the secular tone-poems such as Psyché and Le chausseur maudit. In fact Franck was in the middle of work on Les Beatitudes in 1871 when he read the 'National Vow' newly written by Edouard Blau, which attributed France's recent misfortunes to divine punishment for the nation's collective sins. The story's narrative of Paganism enlightened by Christianity, which is then corrupted by unbelief and finally redeemed by prayer, struck a chord with Franck: 'I will set this well because I believe in it.' Rédemption was duly composed with passion and at speed, receiving it's premiere on Maundy Thursday 1873. The form is unique, in which a symphonic poem (extracted by the likes of Munch and Toscanini) is surrounded by choruses and soprano arias as well as reflective interludes. The language is Franck at his most opulent and beautifully scored for orchestra. This live Dutch performance from 1976 was directed by Jean Fournet, a noted Franck specialist who made recordings of all the composer's major orchestral works. Previously available only within large boxsets dedicated either to Franck or to Fournet, this is the single budget-priced version of Rédemption in the catalogue.