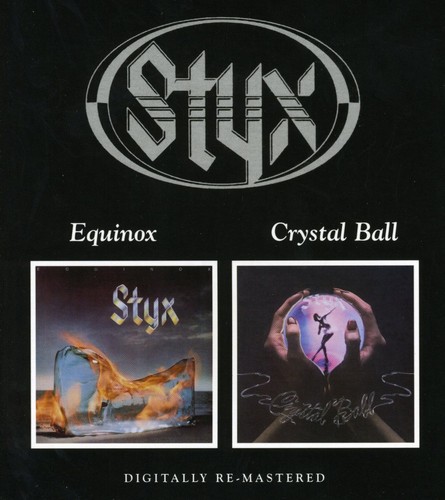 2-On-1 of Styx's first two A&M records that were originally released in 1975-76. Equinox produced Styx's first single with A&M, the highly spirited 'Lorelei', which found it's way to number 27 on the charts. Although it was the only song to chart from Equinox, the album itself is a benchmark in the band's career since it includes an instrumental nature reminiscent of their early progressive years, yet hints toward a more commercial-sounding future in it's lyrics. After Equinox, guitarist John Curulewski parted ways with the band, replaced by Tommy Shaw, who debuted on 1976's Crystal Ball album. Crystal Ball wasn't as successful as Equinox, but it was a better album, showcasing Styx's increased skill for crafting simple, catchy pop hooks out of their bombastic sound. Both titles have been digitally remastered. BGO Records. 2006.