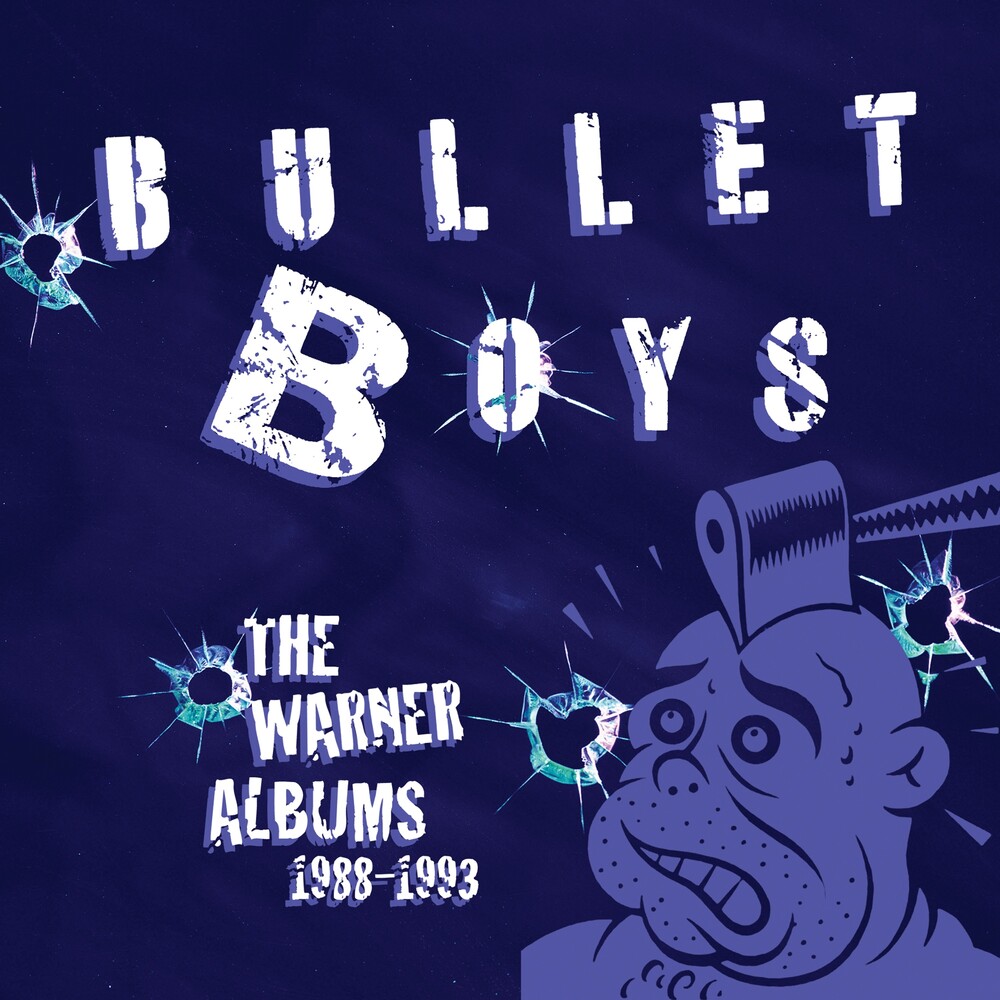 Signing to Warner Bros Records, with Marq Torien on lead vocals, Mick Sweda on guitar, Lonnie Vencent on bass and Jimmy D'Anda on drums, they had a good pedigree, having formed from the ashes of Carmine Appice's King Kobra. Marq Torien had even featured in an early line-up of Ratt. Ted Templeman, famed for his production work for Montrose, Doobie Brothers, but most notably Van Halen, took the band into the studio to oversee their self-titled debut (CD1). Featuring the MTV hit 'Smooth Up In Ya' (US Hot 100 #71, US Mainstream Rock #23), the album also featured a cover of the O'Jays 'For The Love Of Money' (US Hot 100 #78, US Mainstream Rock #38). The "Bulletboys" debut album was swiftly certified gold after selling half a million copies. In 1991, the band released "FreakShow" (CD2). Once again, produced by Ted Templeman, the album is notable for the singles 'THC Groove', a cover of Tom Waits 'Hang on St. Christopher', plus a cover of J. B. Lenoir's 'Talk To Your Daughter'. Also included as a bonus track is a cover of rock classic 'Rock Candy', originally written and recorded by Ted Templeman protĂ©gĂ©s Montrose for their self-titled debut. Bulletboys' version of 'Rock Candy' was featured on the soundtrack to "Wayne's World". Their third and final album for Warners was 1993's "Za-Za" (CD3). The last Bulletboys album to be produced by Ted Templeman, the album was the first to feature only original songs, jointly credited to the band. Music tastes had changed since the heady heyday of only five years earlier, with grunge sweeping away the hairspray and pop-metal acts so popular at the end of the 80s. This complete collection of their Warner recordings includes new liner notes from Classic Rock's Malcolm Dome, based on interviews with the band's guitarist Mick Sweda and drummer Jimmy D'Anda. The band would record a further six albums with various line-ups, releasing their most recent album in 2018.