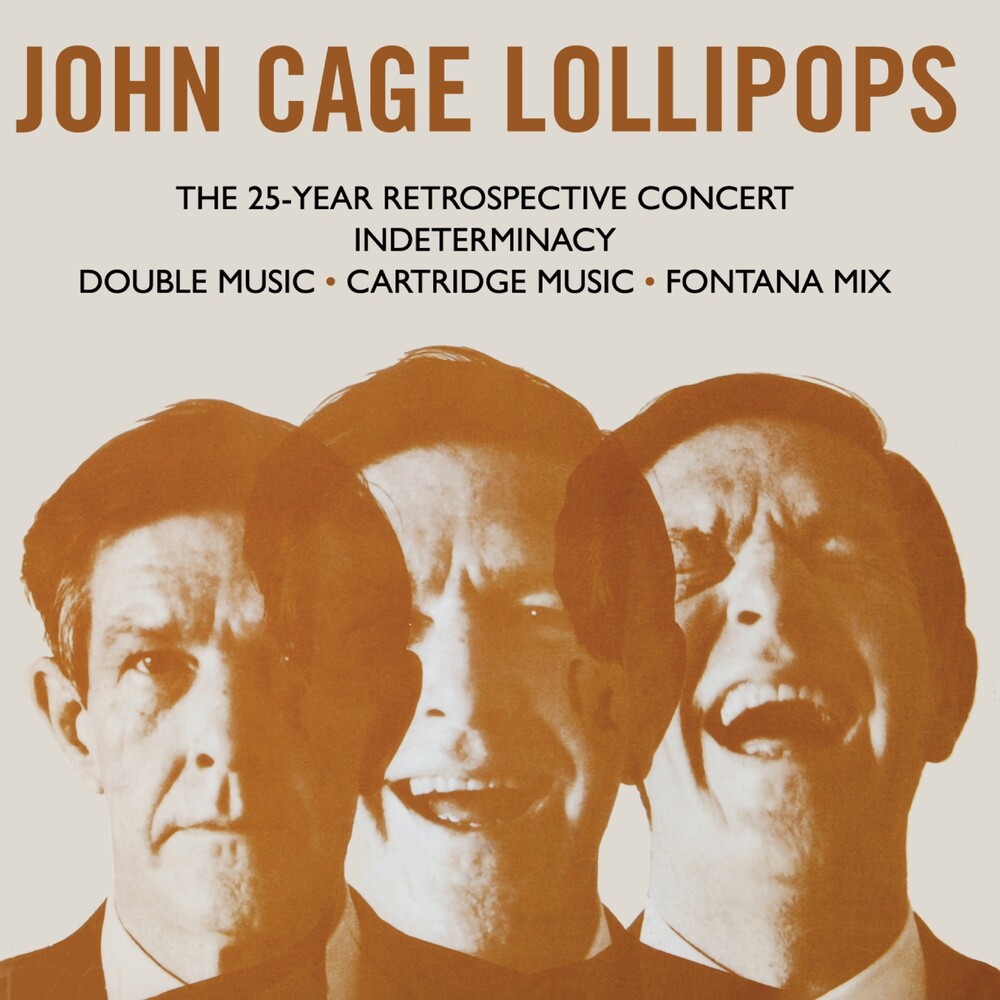 Three CD set. John Cage was an American composer, philosopher, poet, music theorist, artist, printmaker, and amateur mycologist. A pioneer of percussion, chance, and electronic music. Cage was one of the most influential American composers of the twentieth century. The late '50s, early 1960s was the period in which the works of John Cage first began to be represented by a quantity of recordings. This edition combines two important large-scale performances, the indispensable 25-Year Retrospective Concert, which so admirably showcased the composer's broad spectrum of interests (and the first recording to include audible audience disagreement since the riot at the premiere of DĂ©serts by Edgard VarĂ¨se in Paris in 1954), with Indeterminacy: New Aspect of Form in Instrumental and Electronic Music, which finds Cage reading 90 short Zen-like stories, each punctuated by piano and tape interjections by his long-time musical collaborator, David Tudor. These works are complemented by the original tape realization of the Fontana Mix sound collage, assembled by the composer in Italy; Double Music, which explores the percussive qualities of metal; and the challenging Cartridge Music, a manipulation of phonograph cartridges, where, Cage warns, "all sounds, even those ordinarily thought to be undesirable, are accepted. "