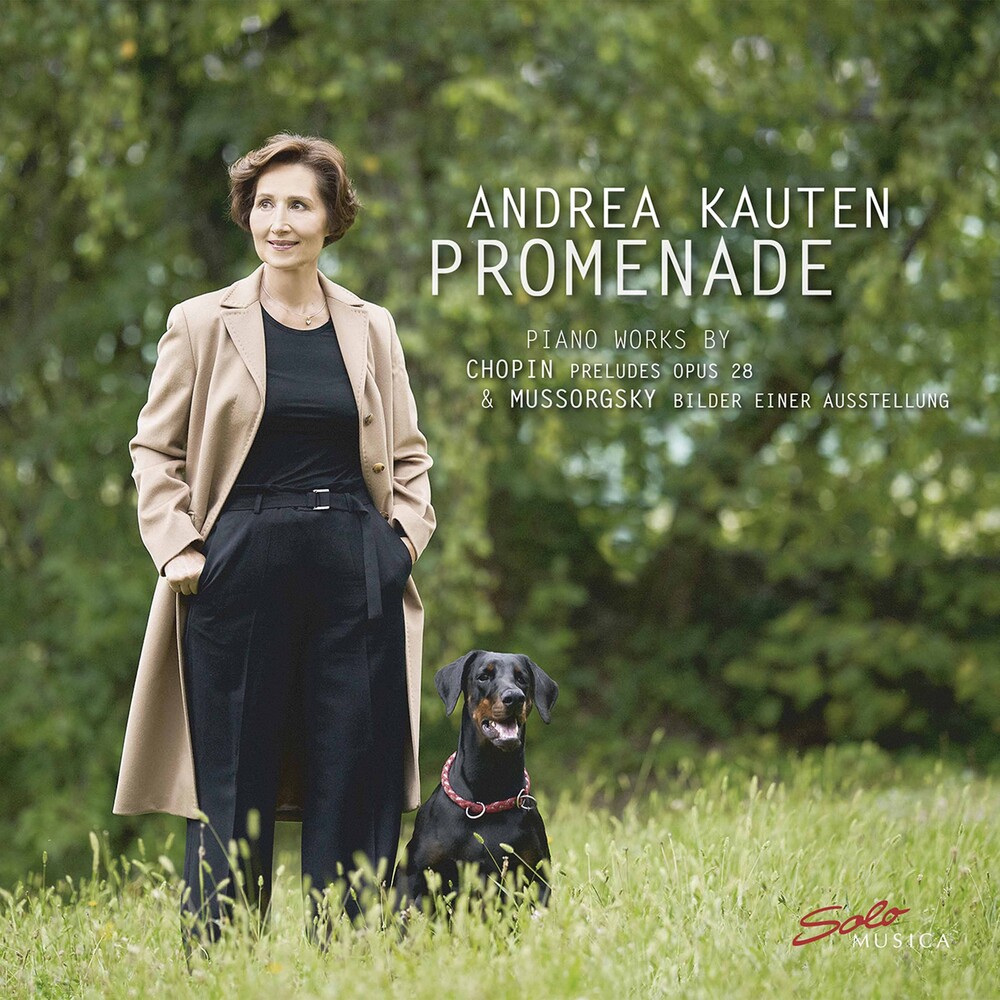 The new Solo Musica recording "Promenade" of Frédéric Chopin's Préludes op. 28 and Modest Mussorgsky's "Pictures at an Exhibition" brings together two prominent piano cycles that are almost emblematic of their creators' oeuvre. In the juxtaposition, pianist Andrea Kauten shows what unites them despite all the expected contrasts, which goes far beyond some obvious references by Mussorgsky to Chopin's Préludes. Both large-scale cycles combine miniatures of partly aphoristic character. They stand in the tension between European art music and the national influences of Eastern European and Slavic traditions. For the time being, they seek different solutions. The cosmopolitan Chopin, rejecting any demonstrative patriotism, manages the seamless integration of his Polish idiom into a universally European expression. Mussorgsky, as a self-confessed post-cosmopolitan, emphatically recalled the folk-Russian, which he offensively opposed to everything "Western". Both composers found their way to a personalised musical language which, while freely handling the form, allows the traditional harmonies to be broken up by deliberate instabilities. Both meet on the path to modernity. Even if emotional exhibitionism was alien to both composers and the works can only be related to the biographical snapshots of their genesis with extreme caution: Both cycles are set against the background of a confrontation with death that is as surprising as it is inexorable. With passion, musicality and a high technical standard, Andrea Kauten elicits restrained, poetic but also very expressive sounds from a concert grand. Again and again she surprises her listeners: "Flushed and at times over-assertive, Kauten leaves you in no doubt of her commitment and intensity", said Bruce Morrison in Gramophone.