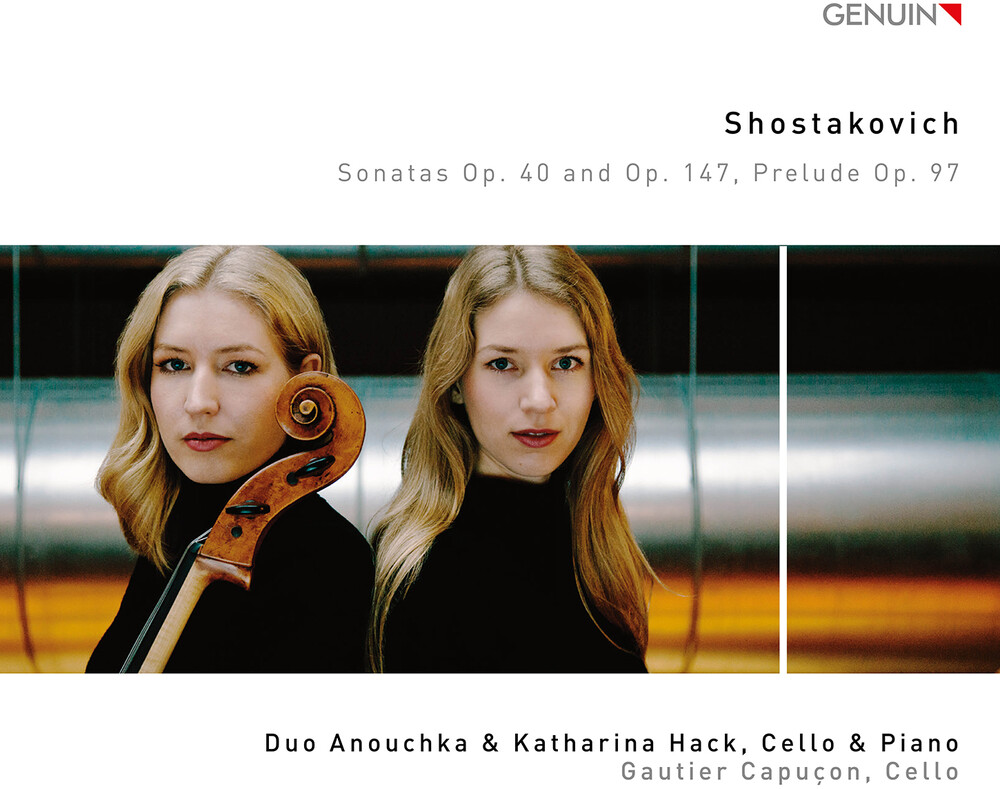 Two highly awarded German musicians present themselves on GENUIN with a powerful Shostakovich album: The sisters Anouchka (cello) and Katharina Hack (piano) combine the early Cello Sonata, Op. 40, and the late work of the Viola Sonata, Op. 147. It is a fascinating experiment that not only takes into account the life of the Russian composer but also focuses on his vital, rousing music. Anouchka and Katharina Hack have been bringing musical freshness and passion for some years now both as soloists as well as in Duo to concert halls including Beethovenhaus Bonn, Gasteig Munich, Fondation Louis Vuitton Paris and Konzerthaus Dortmund. The Duo plays numerous recitals appreciated by press and audience alike; they were broadcast by the WDR and NDR and by medici. Tv. In November 2018 they gave their debut at the Berliner Philharmoniker Lunch concert series at the Berliner Philharmonie, in summer 2019 they were invited to play a recital at the Schleswig-Holstein Musik Festival.