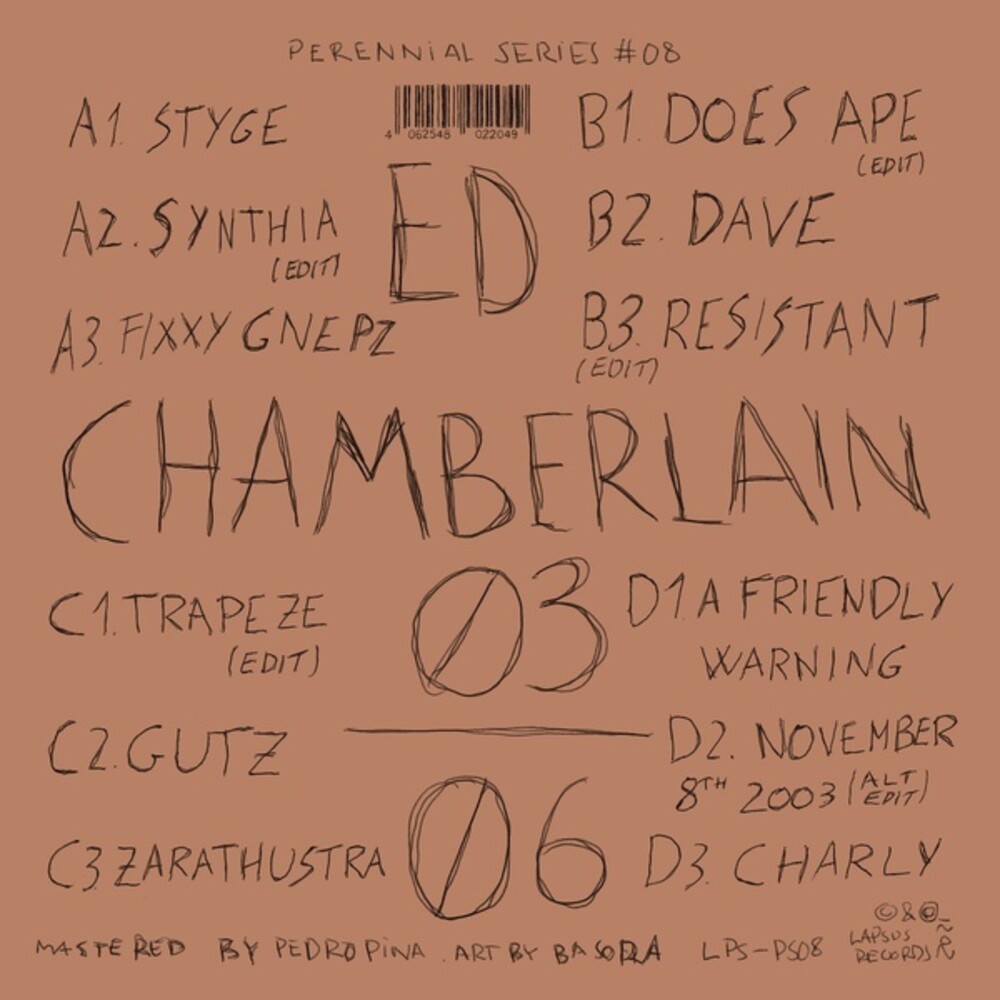 Double vinyl LP pressing. In 2006 the now defunct BaseLogic label released the first in a triad of EP's entitled 'Fixxy', produced by the enigmatic British artist Ed Chamberlain. These EPs left many electronic music lovers scratching their heads, having heard something genuinely different. It represented a new generation of IDM reminiscent of The Black Dog or Plaid, melancholic electro with a meticulous nuanced palate that immediately transformed Chamberlain into a revered figure. Fifteen years on Lapsus Records, as part of it's 'Perennial' series, will release Ed Chamberlain's superlative productions across 2x12", entitled '03/06'. The lavish 12" double pack will feature a sizeable part of the 'Fixxy' material, along with additional tracks created during the same period of time, 2003 - 2006, including 'Zarathustra' and 'Does Ape' -the latter released on vinyl in 2008 by Madrid label Semantica-. For this special release all tracks have been re-mastered and will be pressed and packaged in a deluxe edition format.