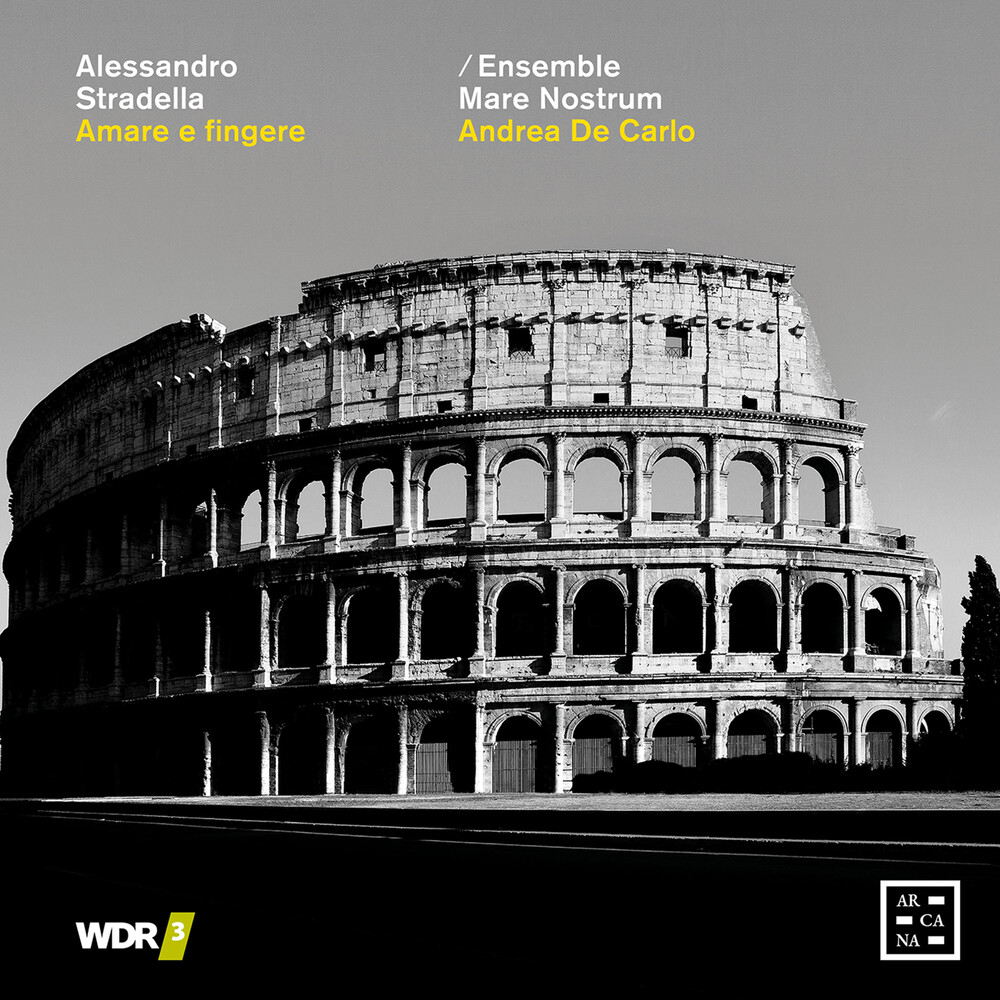 The discovery of the inventory of an extraordinary collection of music from the late seventeenth century has made it possible to track down a previously unknown work by Stradella: Amare e fingere (Loving and feigning), composed in Rome, but performed in Siena in 1676. Love, jealousy, dissimulation, false identities, intrigue, festive celebrations and duels form the ingredients of this opera, whose libretto, probably attributable to Giovanni Filippo Apolloni, is inspired by a Spanish comedy of the time. The action, set in a fairytale 'Arabian countryside', is triggered by love affairs between characters who appear to be of different rank, and which are therefore prohibited by social conventions. In a crescendo of tension, the plot is resolved in the final scene, when the true identities of the characters, all of royal rank, are revealed, leading to the classic happy ending. Along with Doriclea, also recently rediscovered, Amare e fingere, the seventh recording of the Stradella Project, sheds new light on it's composer's Roman operatic output.