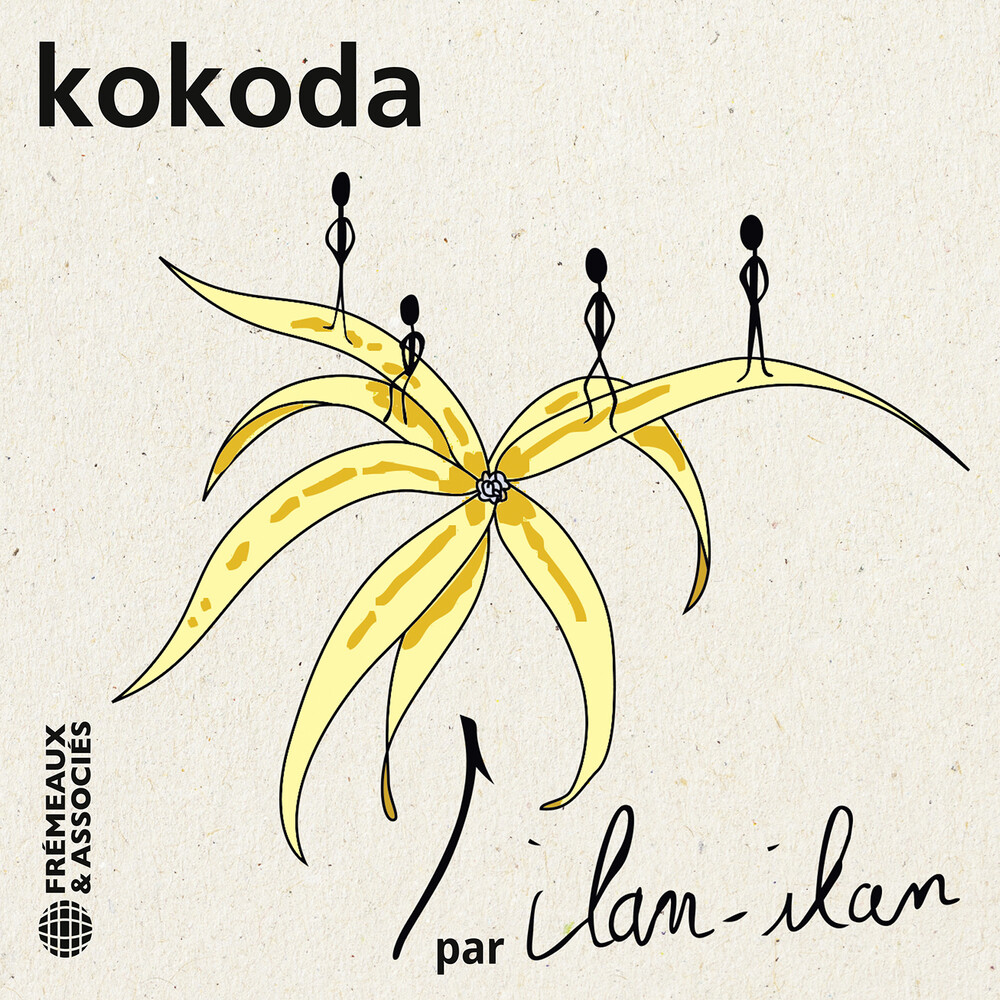 They say the flowers of the ilang-ilang tree (ilan-ilan in Haitian Creole) have a very soothing fragrance. They used to grow in abundance in the Port-au-Prince region and have a positive influence on one's emotions... This album is the outcome of a project that began in the early Eighties, the fruit of the wonderful association between the musician RenĂ˛l (Reynold Henrys) and the late anthropologist Michel-Rolph Trouillot, who died in 2012. RenĂ˛l here gives new life to popular rhythms that lie at the heart of Haiti's incredibly rich folk heritage (Kokoda, Kontredans, Petwo, Igbo etc.), in songs that Michel-Rolph Trouillot revisited with his pen. The warm, twilight voice of RenĂ˛l is sustained by the sumptuous guitar of Serge Tamas and contributions from two tambouyĂ©s (the percussionists FranĂ§ois Domergue and RenĂ© Dambury. This marvelous music is a gem of rare precision, and it mingles poetry and the music of the Creoles with a very contemporary sense of tradition.