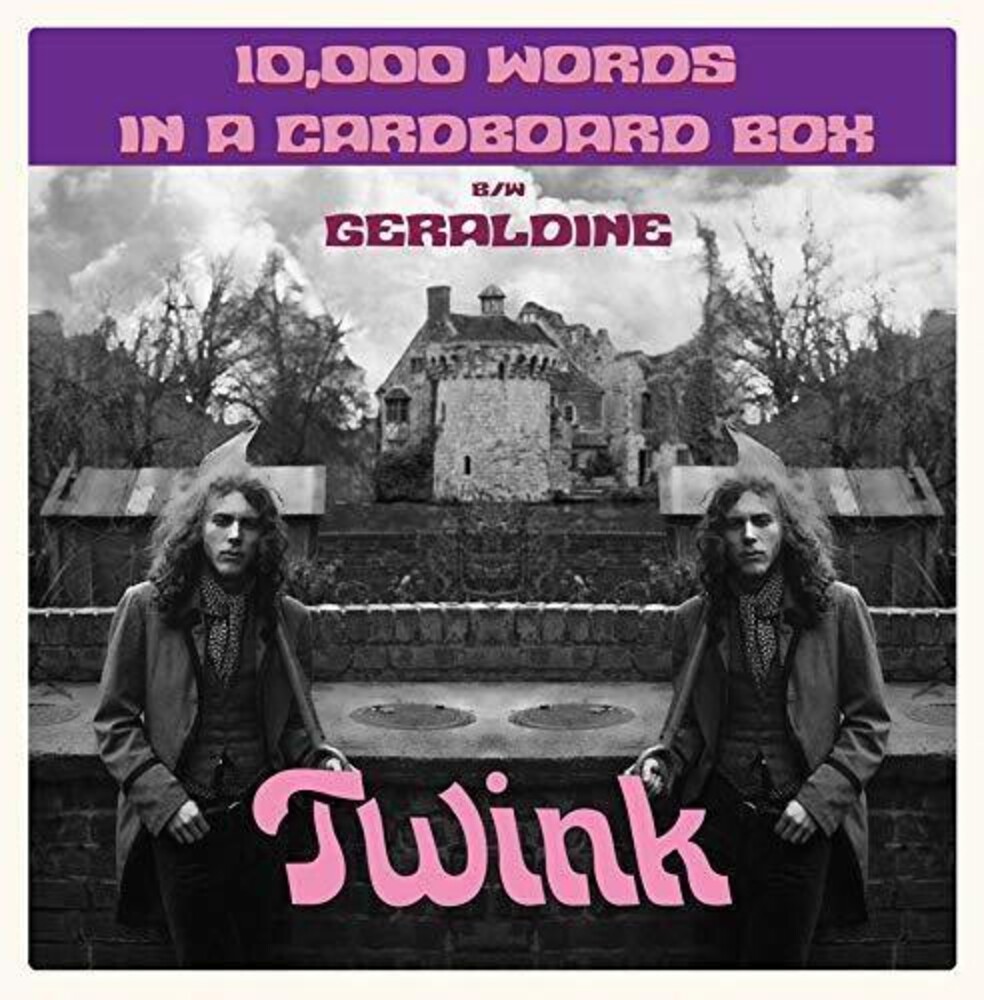 First time issued since 1969, with pic Sleeve! A truly legendary name in London's Sixties and Seventies Psychedelic scene, TWINK - a.k.a. John Alder - has been a member of The Pink Fairies, The Pretty Things and Tomorrow, before having a solo career that lasts to this very day. His most known song is surely "10,000 Words In A Cardbord Box", now released as a single vinyl 45 rpm, backed with Zion de Gallier's Mellotron-driven "Geraldine", with Twink on drums. The A-side is a neat and authentic version, recorded in 1999 in LA at Westwood Studios, featuring members of The Brian Jones Massacre and Smallstone, the latter serving at that time as Twink's backing band and performing live songs from his legendary Think Pink album. The flip side, "Geraldine", is an enjoyable Kinksy number, recorded at Abbey Road Studios in 1968, graced by Mark Wirtz ' Popsike production. Zion de Gallier was in fact Douglas Robert Ord, lead singer of Colchester band' The Deep Beats, as well as The Fairies.Limited edition of 300 copies handly numbered. "This newly-released single of ("10,000 Words") presents a version recorded in L.A. in 1999 with Twink backed by the neo Psych band Smallstone. It stays faithful to the tripped-out groove of the Think Pink arrangements while adding some fresh sparks and sparkle. A worthy addition to the Twink catalog. Full marks to Misty Lane for the attractively-designed picture sleeve.