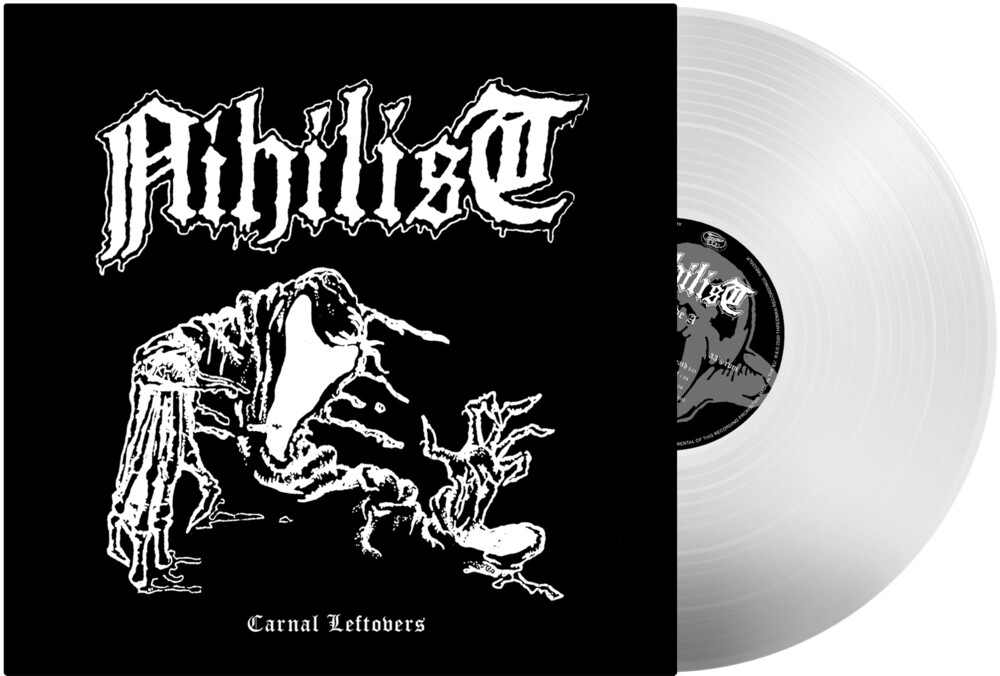 Limited clear vinyl LP pressing. Digitally remastered edition of the legendary Nihilist compilation Carnal Leftovers. Nihilist the Swedish death metal gods later known as Entombed. Their lifespan would be short but not the impact or influence this Swedish band would have on the entire extreme music scene. Sure they were youngsters at the time, but this band would help to cultivate the sound that birthed and initially propelled the now-and-forever signature European death metal sound - one that is still viable and as exciting today. First time recordings of songs later featured on the classic Left Hand Path and Clandestine albums.