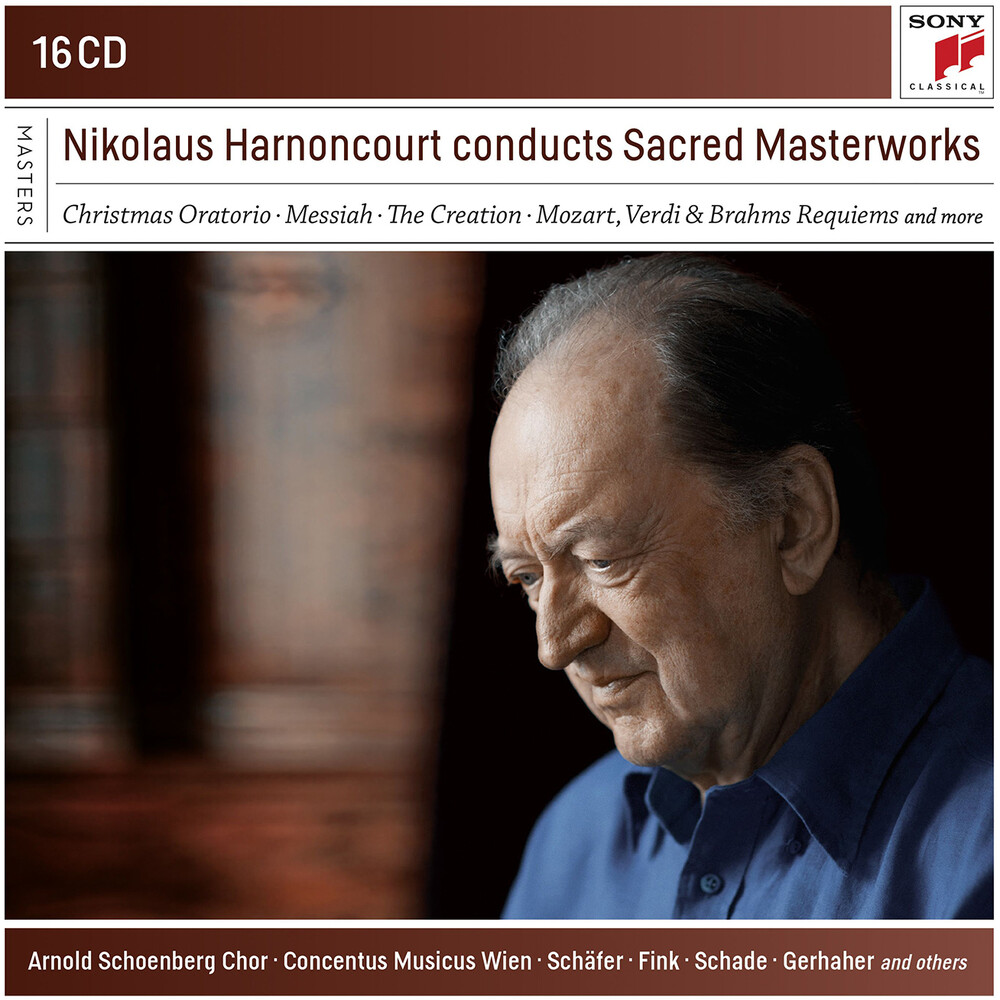 In the last decade before his death in 2016, the Austrian early-music pioneer Nikolaus Harnoncourt returned to Baroque and Classical choral masterpieces he had interpreted with such individuality and intensity in the early decades of his long career. And, after years of collaboration with many of the world's major symphony orchestras, he came "home" to the Vienna Concentus Musicus, the period-instrument ensemble he founded as early as 1953. The concerts were recorded live in the Musikverein and released on disc. Sony Classical now collects them for the first time in a single box of 16 albums. Included are, of course, works by Bach, including the Christmas Oratorio, with an all-star line-up of soloists along with the Arnold Schoenberg Chor, recorded in December 2006. Gramophone praised the performances' "uncanny freshness and generosity" and "unforced sweep of grandeur, complementing supple pastoral mosaics". A year later, Harnoncourt returned to perform and record three famous Bach cantatas. His late thoughts on Haydn's Creation ("scrupulously attentive to detail but guided also by an eye for the pictorial imagination of the score and a deep feeling for it's sense of wonder and reverence" - Gramophone) were documented in March 2003; on the Mozart Requiem in December of that year ("This new recording has everything going for it. The soloists are all excellent" - ClassicsToday). The new set also showcases the unpredictably versatile conductor in Romantic repertoire: the Requiems of Brahms and Verdi and the DvorĂˇk Stabat Mater. But perhaps the jewel in the crown of this Harnoncourt collection derives from his profoundly moving 2015 concert performances of Beethoven's Missa solemnis, recorded with the Concentus Musicus and Arnold Schoenberg Chor less than a year before his death. "Beethoven scribbled 'with devotion' in the score a dozen times, and Harnoncourt is here devoted to Beethoven," wrote ClassicsToday.