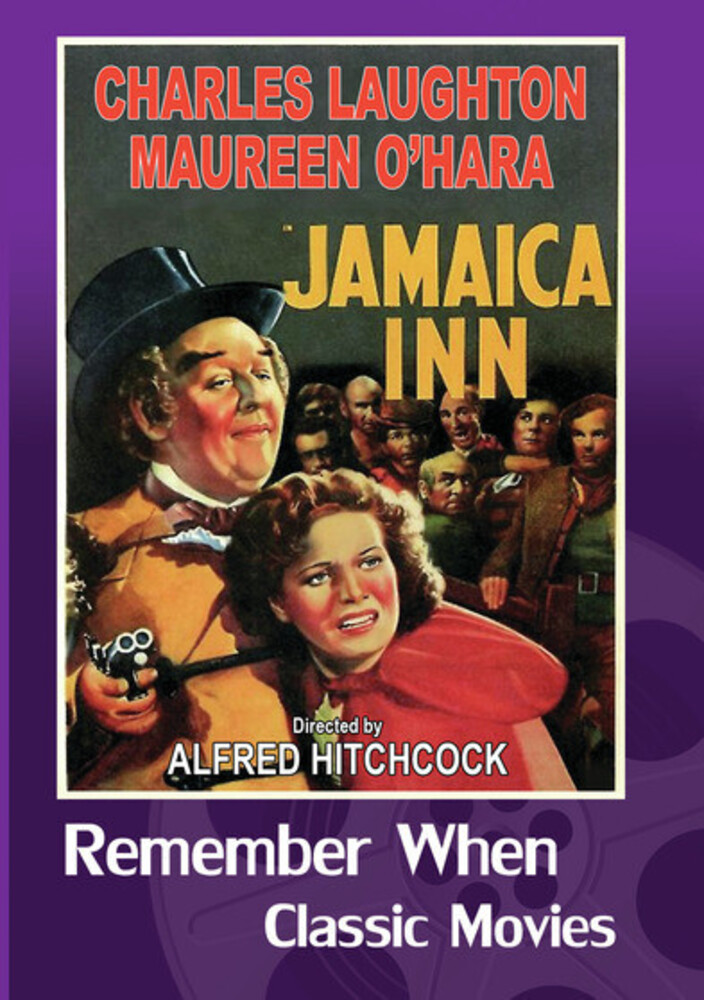 Jamaica Inn is a 1939 British thriller film directed by Alfred Hitchcock starring Charles Laughton and featuring Maureen O'Hara in her first major screen role. The film is a period piece set in Cornwall in 1819. Jamaica Inn houses a gang of cutthroats and thieves led by innkeeper Joss Merlyn (Leslie Banks). The gang is responsible for shipwrecks which cause ships to run aground on the rocky Cornish coast, and then kill the survivors and steal their cargo. One evening, a young Irish woman, Mary Yellan (Maureen O'Hara) is dropped off by coach near the inn at the home of the local squire and justice of the peace, Sir Humphrey Pengallan (Charles Laughton). She borrows a horse to ride to the Jamaica Inn to re-unite with her Aunt Patience. Despite Pengallan's (Charles Laughton) warnings she intends to live at Jamaica Inn with her late sister's mother. Shortly afterwards, we learn that Pengallan is the secret criminal mastermind behind the wrecking gang. One new member to the gang, Jem Trehearne (Robert Newton) is suspected of embezzling goods from the gang and is hung by the rafters until Mary cuts the rope and saves his life. Trehearne and Mary flee the gang and row ashore to seek the protection of Pengallan, unaware that he is the gang's benefactor. Trehearne reveals to Pengallan that he is an undercover law officer on a mission to investigate shipwrecks. Pengallan pretends to join forces with Trehearne. Pengallan learns of a ship full of precious cargo which is due to pass the local coastline. He informs the gang who go to the beach and extinguish the warning beacon as they wait for the ship to appear. Mary re-lights the warning beacon, and the ship's crew avoid a shipwreck. The gang resolves to kill Mary for thwarting their plans to capture the ship's bounty. What follows next is a series of exploits which culminate into a dramatic and fateful ending for one of the characters. This is a classic tale not be missed!