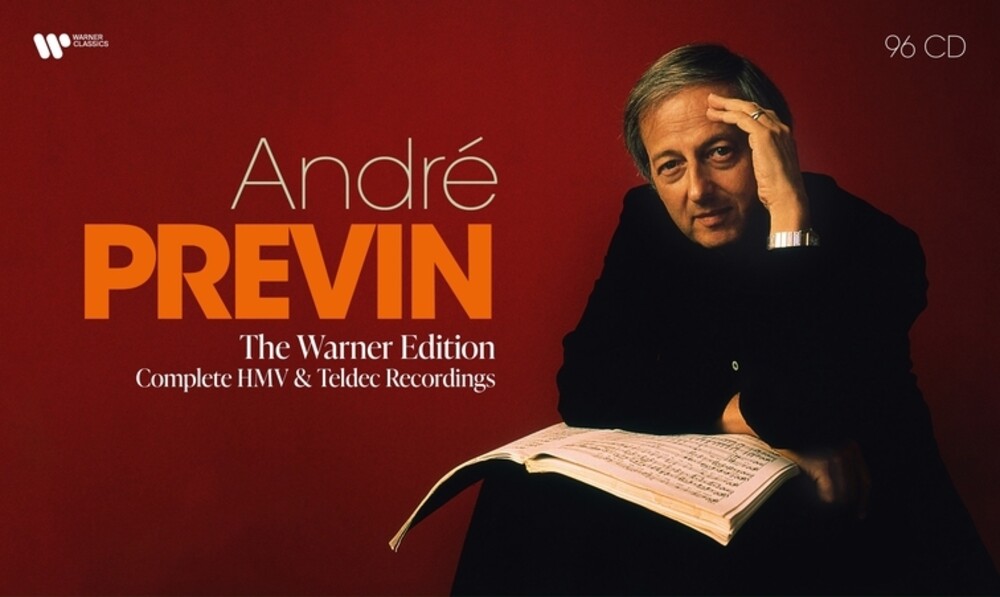 Limited 96 CD set. Conductor, pianist, composer and media personality, André Previn excelled in a diversity of musical genres and idioms. A child prodigy in his native Berlin, he moved to the USA in 1939 and made his early career in Hollywood, winning four Academy Awards. His time as Principal Conductor of the London Symphony Orchestra (1968-1979) established him as a major interpreter of symphonic repertoire, particularly Russian, French and British music - "The very definition of good conducting," wrote Gramophone of his celebrated LSO version of Tchaikovsky's Nutcracker. The scope of Previn's relationship with the LSO is duly reflected in this 96CD set, comprising his entire EMI and Teldec discographies, as is his special rapport with such orchestras as the Pittsburgh Symphony, Chicago Symphony and Wiener Philharmoniker. The collection also showcases his talents as a pianist, in both classical and jazz mode, and offers insights into his character and art with an audio documentary, André Previn - A Memoir.