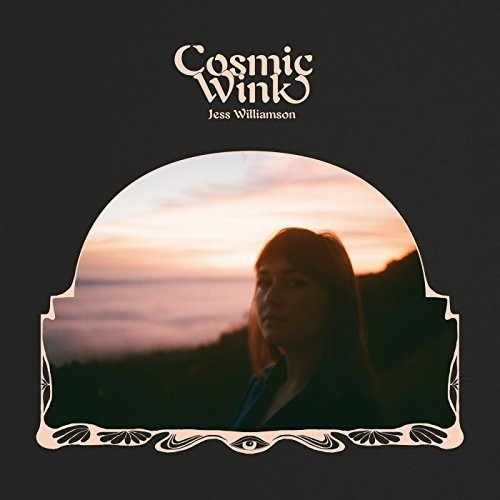 Vinyl LP pressing. 2018 release from the Austin, TX-based singer/songwriter. On Cosmic Wink, Jess Williamson's third album following the self-published Native State and Heart Song, an artist emerges as another self in love, under California's influence, and a part of an even wider consciousness. Cosmic Wink is a record about how vulnerability can feel something less vulnerable when love - true, deep love - creates a latticework of strength underneath the frame of our humanity. Throughout the album's nine songs, Williamson's love spills from her, readily, in poetic exhalations. The music is appealingly swampy, occasionally static in ways that recalls Amen Dunes and the spectral spin of Alice Coltrane, until Williamson's voice bursts through the circle in an ecstatic push. The songs unfold slowly, but her intimate delivery and the minute explorations of her band draw you into the details. Cosmic Wink was recorded in Dripping Springs, TX where the band lived, worked, and cooked meals together for a week, with occasional breaks for wildflower gathering and loops through the cedar-spotted woods.