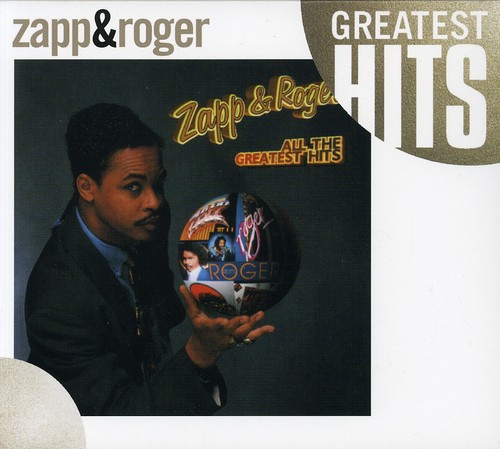 2007 reissue and repackaged in a slipcase, now part of Rhino Entertainment's excellent Greatest Hits series. Formed in Dayton, Ohio in 1978, R&B/funk outfit Zapp scored a string of hits marked by their prominent use of the vocoder alongside their fat electric grooves. Comprised of the Troutman brothers (leader Roger on vocals and guitar, Larry on percussion, Lester on drums and Tony on bass), Zapp's self titled 1980 debut LP was produced by P-Funk legend Bootsy Collins. It soared up the R&B and Pop charts and launched a series of seriously funky discs. Features the #1 smash 'Dance Floor', the Top 10 hits 'I Can Make You Dance,', 'Computer Love' and more on this 17 track collection that went platinum when it was originally released in '93. Warner.