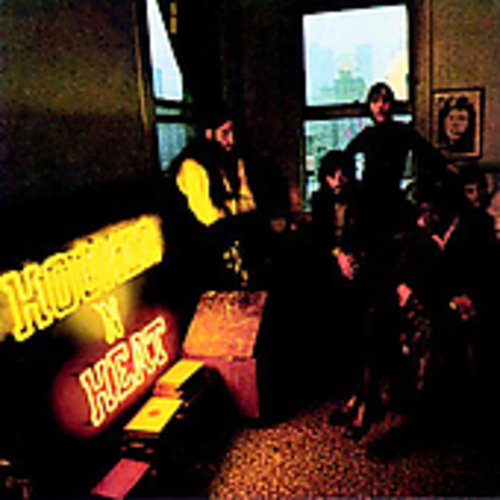 A milestone in the careers of all involved. For the Hook, this was the venerable bluesman's first time on the pop-album charts. For Canned Heat, it was, sadly, the last recording with Alan "Blind Owl" Wilson, who'd be dead of a drug overdose just months later. This 1971 double LP is here on 2 CDs, and it's a blues-boogie masterpiece.

''Hooker 'N Heat'' is a double album released by blues-rock band Canned Heat and blues legend John Lee Hooker in early 1971. The sessions were the last with harmonicist, guitarist and songwriter Alan Wilson, who died in . The cover photo was taken after his death, but a picture of him can be seen on the wall behind John Lee Hooker.

It was the first of Hooker's albums to chart, reaching number 78 in the Billboard charts. - Wikipedia