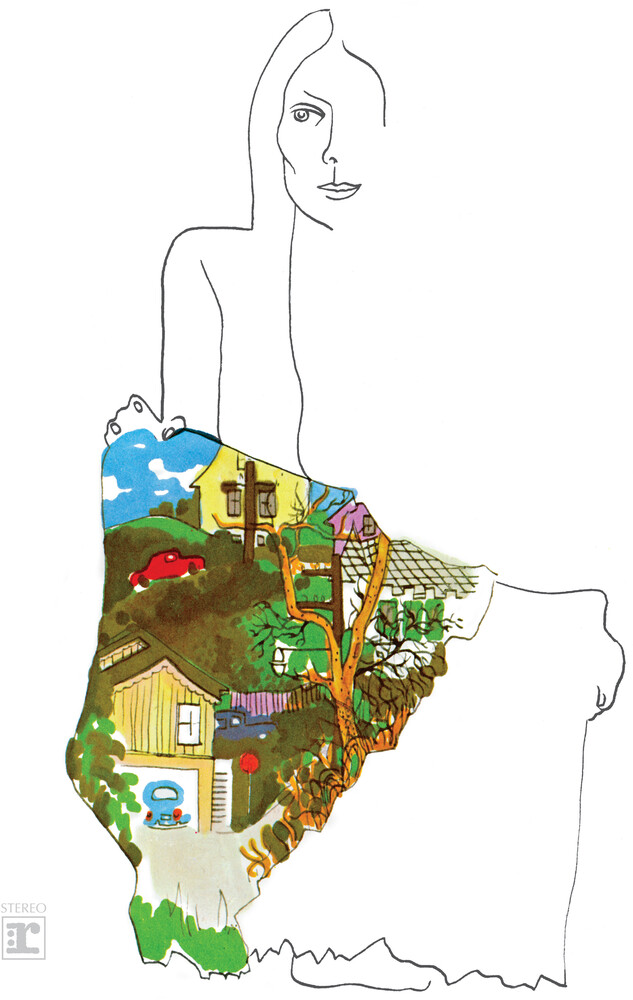 This lady gives a sneak peak here to what we see in later albums... some sizable instrumental sections, jazz influences and piano accompaniments. Includes the Arrangement; Rainy Night House; for Free; Woodstock, and more.

''Ladies of the Canyon'' is Joni Mitchell's third album, released in 1970. Its title refers to Laurel Canyon, Los Angeles, a center of popular music culture in Los Angeles during the sixties. It features several of Mitchell's most noted songs, including "Big Yellow Taxi", "Woodstock" and "The Circle Game".

Notable for its expansion of Mitchell's artistic vision and its varied song topics (ranging from the aesthetic weight of celebrity, to clear-eyed observation of the Woodstock generation, to the complexities of love), ''Ladies of the Canyon'' is often viewed as a transition between Mitchell's folky earlier work and the more sophisticated, poignant albums that were to follow. In particular, "For Free" foreshadows the lyrical leitmotif of the isolation triggered by success that would be elaborated upon in ''For the Roses'' and ''Court and Spark''. The sparse, alternate-tuning laden sound of later records comes to the forefront on "Ladies of the Canyon".

Of all of Mitchell's work, this album is arguably the most related to her long-standing friendships and relationships with Crosby, Stills, Nash, & Young (whose hard rock arrangement of "Woodstock" was one of their three radio hits in 1970). A number of the album's songs, including the aforementioned "Ladies of the Canyon" and "Woodstock", feature densely stacked, wordless harmony overdubs reminiscent of David Crosby's oeuvre; Crosby himself has performed "For Free" for many years. "Willy" is a girlishly infatuating paean to Graham Nash. "The Circle Game", one of the artist's most recognizable songs, features background vocals from all four. "Big Yellow Taxi" has also managed to become a standard over the years, sampled by Janet Jackson. In 1995 Annie Lennox performed the song ''Ladies of the Canyon'' and presented it as b-side of her single ''No More I Love You's''.

''Young and the Restless'' star Jess Walton has said that one of the houses featured on the album's cover belonged to her. - Wikipedia