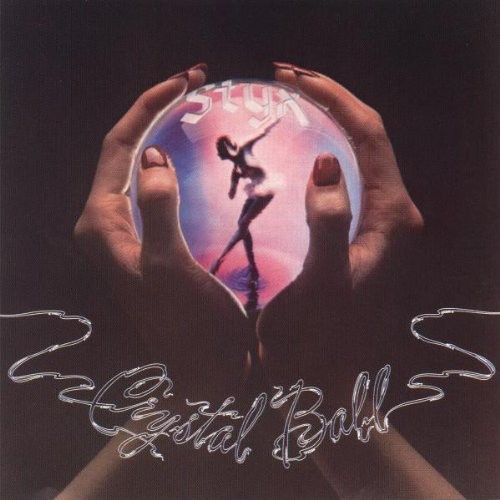 Guitarist Tommy Shaw joined Styx in time for this 1976, helping the band begin the rise that would soon take them to the top. The album was a hit and Mademoiselle went Top 40; it joins Put Me On; Crystal Ball; This Old Man, and more theatrical pop!

The album's title track would become a concert staple for the band as it was performed on every subsequent Styx tour that Shaw was involved with.

"Shooz" was co-written by Shaw and James Young. The bluesy rocker had Shaw on slide guitar while Young contributed a Hendrix-like solo to the middle of the track after Shaw's slide solo.

"This Old Man" was a song that DeYoung wrote for his father and the impact his dad had on his life.

Debussy's classical piece "Clair De Lune" was served as the intro to the album's closing track Ballerina. The version of "Clair De Lune" on Crystal Ball just had DeYoung on piano and changed the key from D flat to C as the next track ("Ballerina") started in C minor.

Although the album stalled at #66 upon its 1976 release, it would go platinum in 1978 after the success of the next album ''The Grand Illusion''. - Wikipedia