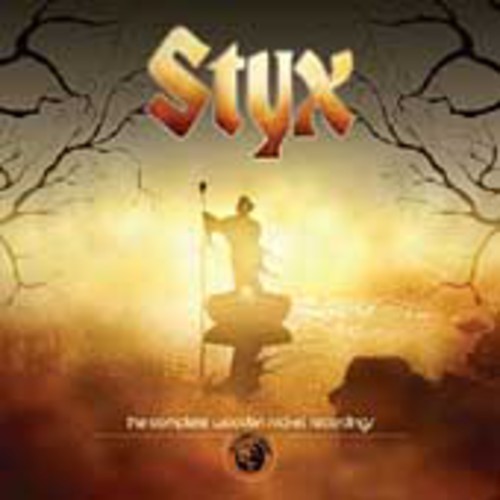 Styx: THE COMPLETE WOODEN NICKEL RECORDINGS, presents newly digitally-remastered versions of all foru of their Wooden Nickel albums, as well as the much sought after b-side "Unfinished Song,' on a deluxe 2 CD set.

The Complete Wooden Nickel Recordings is a 2-Disc set released by Styx in 2005. The compilation contains remastered versions Styx's first four albums, ''Styx'', ''Styx II'', ''The Serpent Is Rising'', and ''Man of Miracles'', which were released by Wooden Nickel Records. It also includes the rare outtake "Unfinished Song", which was previously released only on the 1980 reissue of ''Man of Miracles'', (which was entitled ''Miracles''), replacing the song "Lies". "Lies" appears on all other printings of the album.