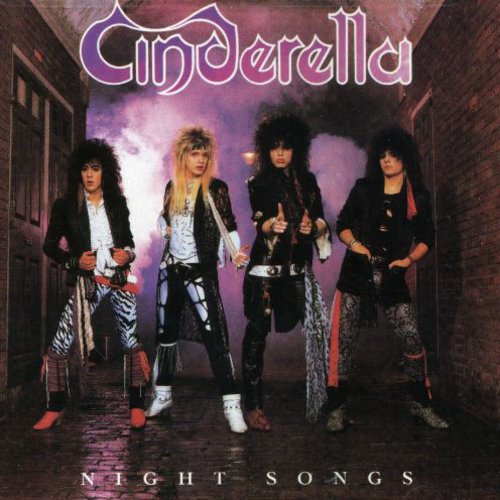 ''Night Songs'' is Cinderella's debut album, released in 1986 through Mercury Records in America and Vertigo Records in Europe. It sold several million copies due to a combination of their breakthrough single ''Nobody's Fool'', MTV airplay, and an opening slot on labelmates Bon Jovi's tour, in support of their album Slippery When Wet.

Leadoff single "Shake Me" failed to chart, but "Nobody's Fool" cracked the Top 20, reaching #13. Third single "Somebody Save Me" stalled at #66. On May 4, 1987, Cinderella filmed parts of their concert in Philadelphia. These live songs were, along with their three MTV videos, released on home video in August 1987 on ''Night Songs: The Videos''. - Wikipedia