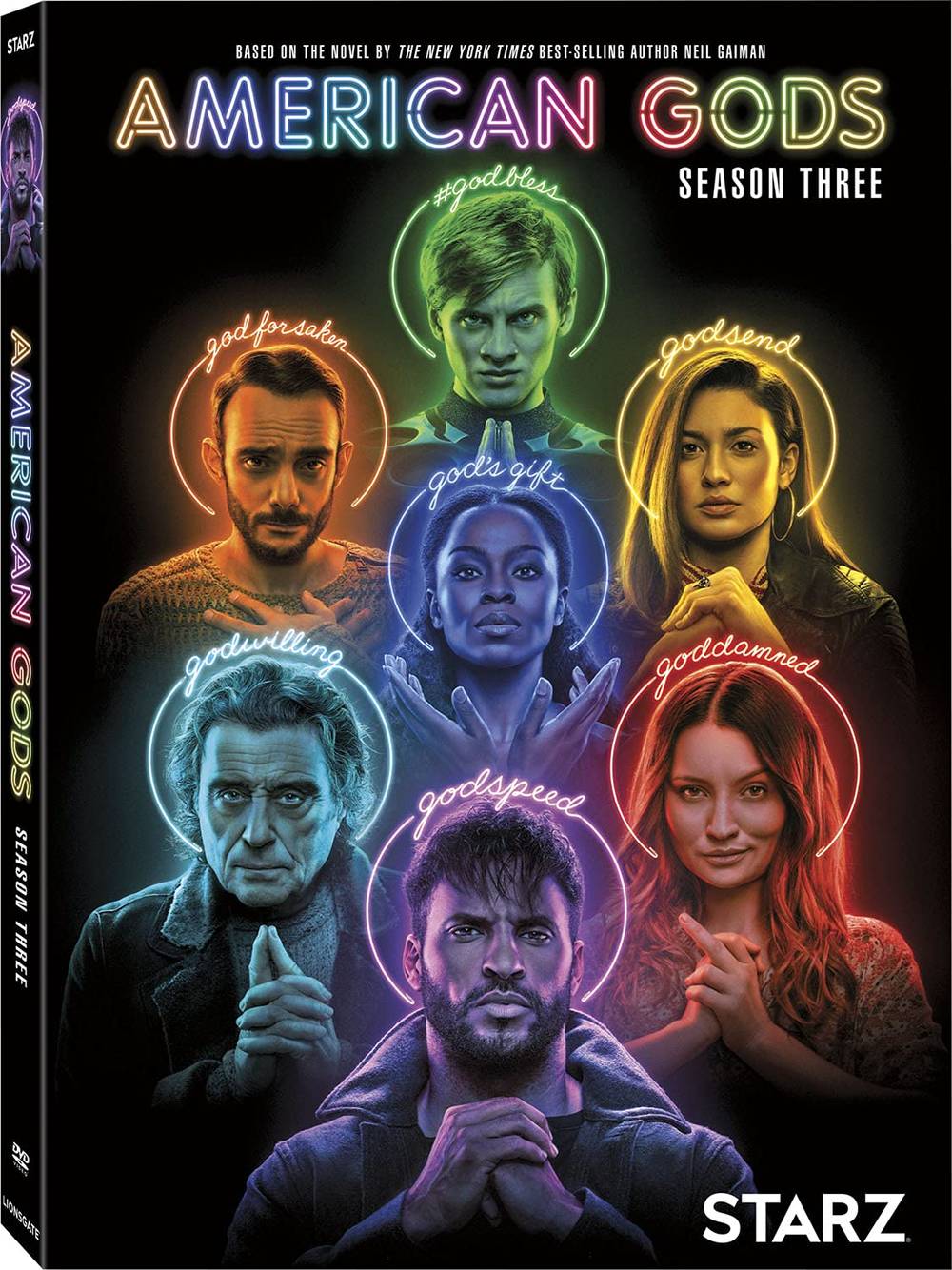 Released from prison, Shadow Moon (Ricky Whittle) takes a job as bodyguard to the mysterious Mr. Wednesday (Ian McShane). When his new employer is revealed to be one of the Old Gods-ancient deities whose power and influence are dwindling-Moon becomes caught up in their struggle with the New Gods, who are based on modern concepts such as technology, the media, and globalization. Based on Neil Gaiman's novel, this fantasy series debuted on Starz in 2017. Emily Browning, Crispin Glover, Bruce Langley co-star.10 episodes on 3 discs. 8 1/4 hrs. Widescreen; Soundtrack: English.