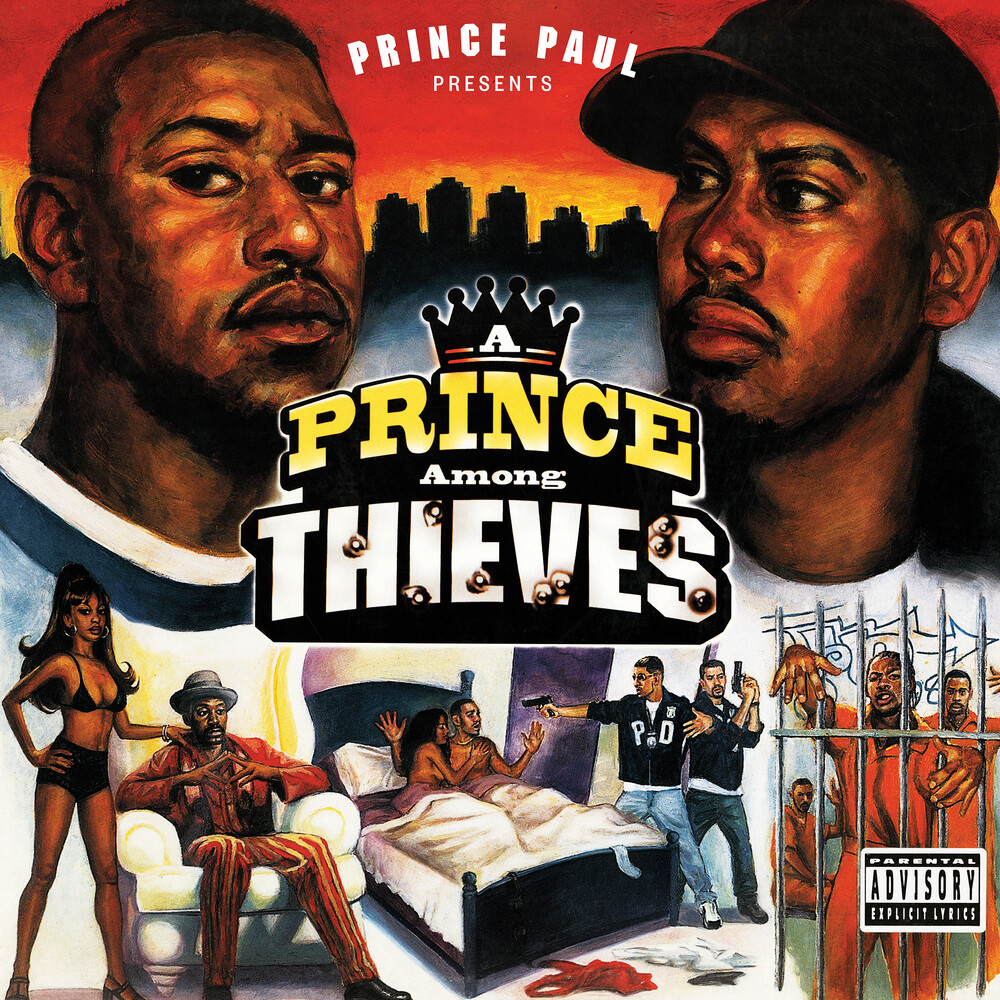 TOMMY BOY REISSUES PRINCE PAUL'S "A PRINCE AMONG THIEVES" ONSEPTEMBER 24, 2021 AS PART OF TOMMY BOY'S 40th ANNIVERSARY CELEBRATIONWith a career that spans decades and having played a hand in some of hip-hop's most legendary and admired groups, there is nodoubt that Prince Paul' legacy will live on for years to come. While he may be best known for his work with groups like de la Soul, Stetsasonic and Handsome Boy Modeling School, it is often his solo work that fans turn to when craving that unadulterated Prince Paul sound.Released in 1999, his sophomore album, "A Prince Among Thieves, " has since become an undeniable classic amongst hip-hop enthusiastsand record collectors alike. Featuring an all-star ensemble of Golden Era MC's like Sadat X, Xzibit, de la Soul, Biz Markie, Big Daddy Kaneand more, this ambitious piece of humorous hip-hop storytelling is like an odyssey of 90's rap, even earning praise from music essayistRobert Christgau, who called it "The closest thing to a true rock opera you've ever heard." What lies beneath, however, is biting satirewhich plants listeners right in the thick of the struggle, the hustle, the rough underground from which great hip-hop is so often inspired.On 9/24/21, to celebrate their 40th anniversary this year, Tommy Boy and Prince Paul are giving fans the opportunityto rediscover this masterpiece, re-releasing this long out of production album as a limited, colored pressing.