RSD Drop1 has come and gone and we are looking forward to Drop2 on July 17. We sold most of what we got from Drop1 but we have the following titles in limited quantities. If you see anything you want, buy it here. They can be shipped or picked up at the store. 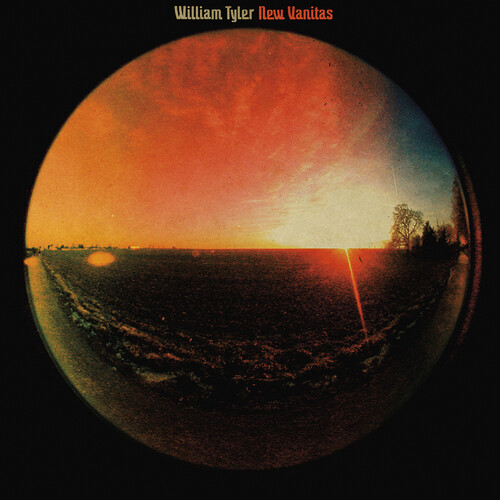 Indie folk guitarist William Tyler wrote and recorded New Vanitas during lockdown in 2020. This first physical release is pressed on black vinyl in a black dustsleeve with a coupon for a full download. 20th anniversary remastered reissue of M. Ward's sophomore album.  M. Ward's second solo enterprise verifies the artist as one of those few songwriters who stand between the cracks of time, where he spins a hallucinatory, new universe out of old-world roots. Indeed, there's a real down-home, unpolished luster to End of Amnesia, both in execution and in songwriting, that gives it a timeless, old-fashioned pallor. And yet there's also something just slightly off in the songs, a strange, disembodied quality that seems to come at least partly from an ulterior place, be it real or imagined. That attribute is precisely what gives the music such a singular, distinctive sound and vision. Pressed on clear vinyl. Colored vinyl pressing of the early, influential LA hardcore band’s 1981 debut album. Sourced from the master tapes, and pressed at RTI, with cover art by Pushead (Metallica, Misfits), and the original lyric sheet. From the moment we announced Decade, our mammoth, eleven-CD box set of Dream Syndicate singer-songwriter Steve Wynn's solo recordings (featuring 57 unreleased tracks!), fans all over the world have come out of the woodwork asking for a vinyl release. And while eleven CDs might be a bit much to commit to wax, we've come up with the next-best thing: a double LP distillation of the best rare and unreleased tracks on the box set! Dek'd features two dozen tracks divided into four thematically-organized sides, including a side of unreleased uptempo band recordings, another side of collaborations with such folks as Chris Cacavas of Green on Red, Richard Lloyd of Television, Barbara Manning, Steve's wife Linda Pitmon, and the Fleshtones, another side of unreleased home demos, and a whole side of unreleased outtakes and demos from Wynn's classic My Midnight album. Linda Pitmon pens disarmingly personal notes inside a gorgeous gatefold package. Double LP clear pink vinyl pressing limited to 1600 copies worldwide!

SIDE TWO
1. The Way I Feel Right Now (with Barbara Manning) 2. At the End of the Day (with Linda Pitmon) 3. Melinda (with Richard Lloyd) 4. Bring the Magic (with Chris Cacavas) 5. From a Better Place (with Eric Ambel) 6. Down at the Hi-De-Ho (with The Fleshtones)

SIDE THREE
1. Watch Your Step 2. Morningside Heights 3. The Angels 4. Smooth 5. Underneath the Underground 6. Lay of the Land Legendary final album from the power trio's classic line-up and a UK Top 10 album from 1972; housed in a faithfully reproduced comic book sleeve featuring an interview with original Marvel artist Neal Adams, plus an unreleased live version taken from their final live show in Pocono, USA. A definitive collector's item and part of the ongoing Fire Records catalogue campaign for the seminal British rock group. Pressed on yellow vinyl.

Side A: A1 Earth Is Not Room Enough A2 Wages Of Peace A3 Body In Mind A4 Music Is The Food Of Thought
Side B: B1 Bog Roll Blues B2 Death Of The Sun B3 Amazing Grace B4 The Grey Maze

Donny Hathaway Live features eight stunning performances from 1971, recorded at both The Troubadour, in Hollywood and The Bitter End in New York City.  Features “The Ghetto” and mind-bending covers of “Jealous Guy,” “You’ve Got A Friend” and “What’s Going On”. Pressed on 180g vinyl, exclusively for RSD Drops 2021. Strictly Limited to 8500 copies worldwide. The first time on vinyl for the 2003 release, on a limited edition, remastered 180g pressing for RSD Drops #1.

“Danny Barnes is regularly played in my house, we are fans!” - John Paul Jones, Led Zeppelin “Barnes is to the banjo what Jimi Hendrix was to the guitar...taking picking to new levels of sound and fury.” -Hittin’ the Note This live set was recorded in the summer of 2020 in Dublin's historic Kilmainham Gaol. It is a ten song document of some of their best work to date put down on 180g vinyl in a gatefold jacket with an essay by author and historian Donal Fallon. The first official Rolling Stones’ rarities collection, Metamorphosis, was originally released in June 1975 to try to outwit the bootleggers. The release combines legendary outtakes and rarities as well as the wealth of demos that Mick Jagger and Keith Richards composed for other artists, which were subsequently re-recorded by the Stones themselves. The collection includes an orchestrated version of “Out Of Time,” recently featured in Quentin Tarantino’s Once Upon a Time in Hollywood. The Record Store Day 2020 limited edition of the UK version of Metamorphosis will be released on hunter green vinyl and includes a full color exclusive iron-on t-shirt transfer of the album artwork, which alludes to Franz Kafka’s novella “The Metamorphosis,” the story of a man who wakes up one morning to find himself inexplicably transformed into a huge insect. 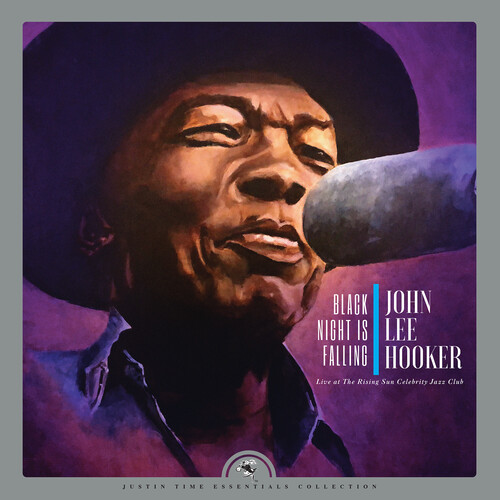 Black Night Is Falling Live At The Rising Sun [LP]

The Jahari Massamba Unit features Madlib on all instrumentation with the exception of drums, which are laid down by Karriem Riggins. Like Madlib, Riggins is well-versed in both the worlds of Jazz and Hip Hop. Musically, Madlib’s label says “we would call the project Spiritual Jazz, but jazz great Phil Ranelin told us to call it Black Classical Music, so that’s what we’re going with.”

This is an album put together by students of jazz in its myriad and historic corms who are also proponents of jazz’s future. The resulting recording reflects a lifetime of record collecting, musical study, woodshedding, and a reverential respect for one another’s craft. Regardless of categorization this is an exciting an all new entry in Madlib’s Yesterdays New Quintet canon of difficult-to-categorize music. 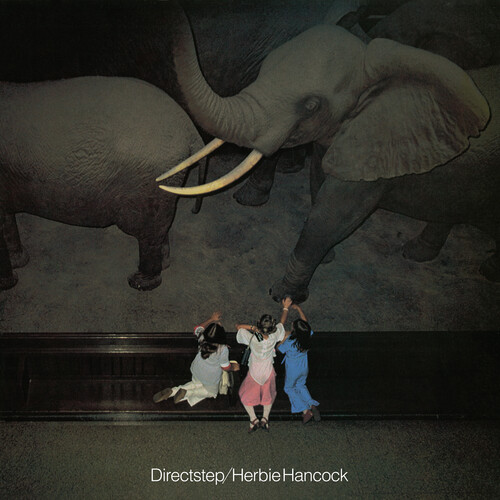 Throughout the 1970s, legendary jazz pianist and composer Herbie Hancock engaged in a prolonged period of experimentation across sounds and recording formats, releasing several albums for Columbia that were only issued in Japan. 1979's Directstep was one such album, one that made use of a new form of recording technology called "Direct-To-Disc." This method recorded masters, in real time, to acetate discs, rendering incredibly high fidelity LP pressings, but sacrificing the ability to edit or overdub, a challenge Hancock and his group were more than up to.

Directstep utilized other technological advancements as well, incorporating brand new electronic instrument technology such as the electronic wind instrument the Lyricon, the freshly released Propet-5 synthesizer, and of course the Sennheiser Vocoder which would become a key part of the artist’s arsenal during his electro-funk period in the 1980s.

Beyond all that, Directstep is an incredibly solid collection of Herbie Hancock material, featuring stirring remakes of Hancock staples "Butterfly" and "I Thought It Was You" as well as brand new track "Shiftless Shuffle." Get On Down is proud to present this reissue of Directstep, a gem of jazz-fusion, available on vinyl for the first time in 30 years for RSD Black Friday!

A Side: “Butterfly”
B Side : “Shiftless Shuffle”, “I Thought It Was You” 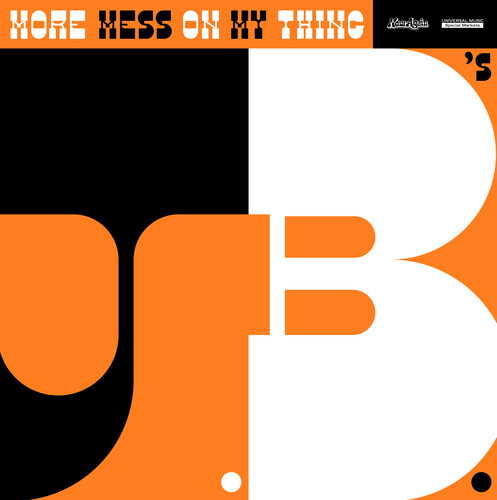 Here it is, rumored no more: the demo Bootsy Collins and his band recorded for James Brown in 1969 that won them the title “The J.B.’s” – and changed the course of popular music. Also included is the complete version of “When You Feel It, Grunt If You Can,” presenting two never-issued songs in a 22-minute medley, and the unreleased instrumental “The Wedge.” The companion piece to Now-Again’s first-ever issue of the lost J.B.’s album These Are The J.B.’s (NA 5119). The release of the two remarkable 1965 New York Concerts performances offer a rare and revelatory glimpse into that discographic dark period. This captivating double LP set would be valuable solely for the brilliant music, which finds Giuffre leading otherwise undocumented trio and quartet line-ups that advance his experiments in counterpoint and abstraction from the chamber-like Free Fall into even more adventurous avant-garde territory. But it also offers much-needed insight into one of jazz’s most innovative thinkers at a key moment in his development. 180-gram vinyl. 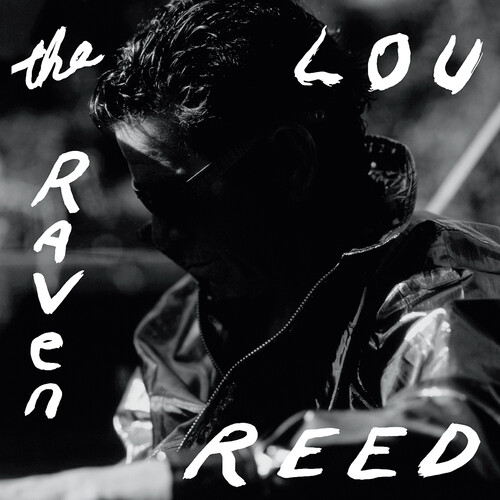 Lou Reed's 19th solo album, 2003’s The Raven, is a concept album, recounting the short stories and poems of Edgar Allan Poe. It features guest vocals from Laurie Anderson and David Bowie (amongst others) and also includes different versions of two classic Lou Reed tracks: “Perfect Day” (originally released on his breakthrough album Transformer) and “The Bed” (originally released on his third studio album Berlin). This RSD Black Friday title marks the first time The Raven is released on vinyl.