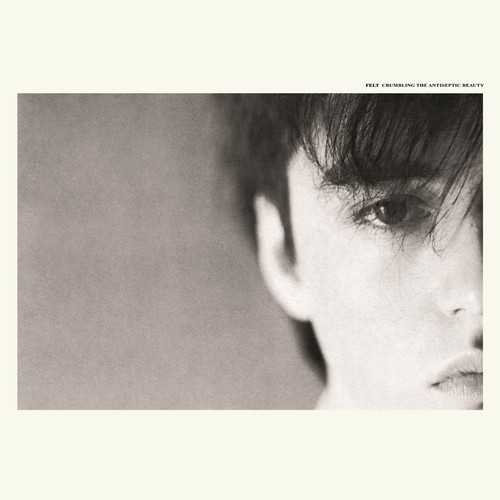 Vinyl LP pressing. Digitally remastered reissue of this 1982 album from British cult outfit Felt. This vinyl record, unavailable for many years, has been remastered and revisited by Lawrence, and he has fashioned the ultimate definitive collection. Lawrence's ambition was to release the best debut English album ever! Adrian Borland offered his services, then commitments with his band The Sound prevented this from happening. So Felt began a relationship with Swell Maps producer John A. Rivers. Recorded and mixed in six days the band got a taste of how bitter reality fares compared to the mellow fruitfulness of blind ambition 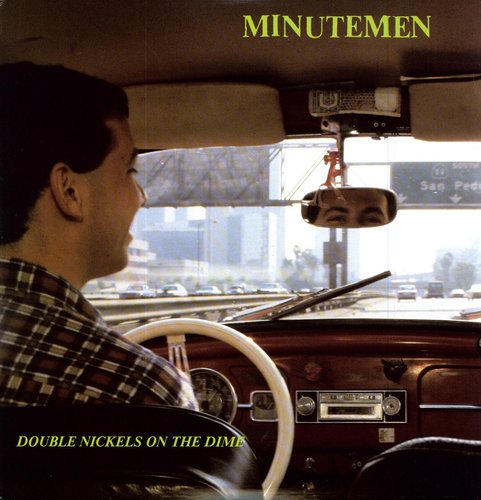 Double Nickels on the Dime 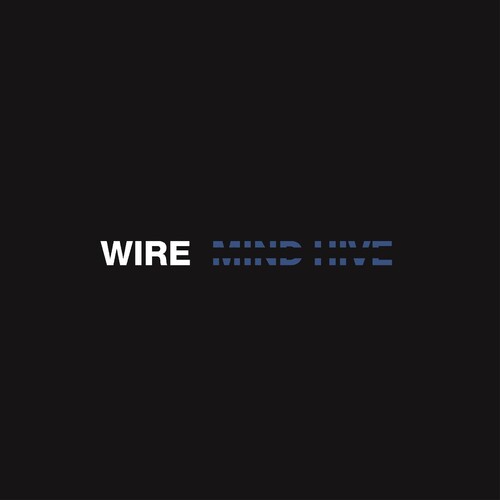 WIRE are the definitive post-punk group. Since their inception they've maintained a reputation for creating music that stretches the rock form whilst simultaneously editing it down to its essence. With their gift for crafting songs that perfectly balance experimentation and accessibility, WIRE were recently hailed by the Quietus as "one of the most consistent British bands of all time". Yet WIRE exhibit little inclination to look back or trade on past glories, rather they remain resolutely focused on producing music which is smart, vital and defiantly modern.

Mind Hive is the group's first newly recorded material since 2017's stellar Silver/Lead. That album garnered rave reviews ("Some of the best tunes they've done" - The Guardian) and career best sales. Yet, if Silver/Lead set the bar pretty high, Mind Hive seems to have no problem vaulting over it.

Album opener Be Like Them is a super-angular composition, utilizing a recently rediscovered Wire lyric from 1977. Colin Newman and Matthew Simms' guitars constantly mesh and diverge, whilst the rhythm section of Graham Lewis and Robert Grey ensure the song prowls forward with an unstoppable menace.

Primed And Ready rides out on a tightly pulsing synth sequence punctuated by icy slivers of guitar. Grey drives whole sections of the song with hi-hat alone, but when his snare cracks return, they push the song forwards with even greater intensity. This is Wire at their most compressed yet propulsive.

Off The Beach is another prime pop song. With its breezy, optimistic melody, and blend of electric and acoustic guitars, the song initially sees the group seemingly celebrating the joys of everyday life. And yet, as is so often the case with WIRE, things are destined to turn a shade stranger.

The sun-dazzled splendor of Unrepentant sees the group exploring the kind of bucolic soundscape early Pink Floyd would have been proud to call their own. Boasting one of the album's finest texts, the song radiates out into a shimmering sonic heat haze.

The atmospheric yet concise Shadows pulls the classic WIRE trick of placing a dark and cruel lyric amongst a musical setting of tender beauty. Never has the recounting of atrocity been so seductively pitched.

The muscular and dramatic Oklahoma is the joker in the pack. With its opening lyric of `I love your sexy hearse', Lewis' dark vocal swims through a rich compound of guitar textures and synth tones, building into a master-class of tension and release.

The album's centerpiece is Hung. This 8-minute excursion matches a brief but evocative lyric with a dense, mesmeric guitar grind. Simms and Newman's keyboards add a plaintive note, as the song moves through a series of sections, each with its own distinct atmosphere.

The album closes with the gorgeous Humming, a beatless autumnal drift fashioned from delicate keyboard textures and rich soaring guitar tones. Newman delivers the state of the world lyric with a touching sense of innocence, whilst the piece ends with Lewis' husky baritone listing locations and their difficult associations. An elegiac end to a supremely confident album.

WIRE's back catalogue is of course studded with influential epoch defining works. Last year saw the reissue of their groundbreaking first three albums: Pink Flag, Chairs Missing and 154. These were voted amongst the top reissues of the year (Rolling Stone at no.10, Uncut at no.12 and Select at no.3). And now Mind Hive arrives at a time when WIRE are being cited as an influence by yet another generation of bands. They are also the subjects of a career spanning feature documentary called People in a Film due for release late 2020.

Quite how a group that has been operating for such a long period is still able to produce such exciting and essential work is difficult to understand. And yet here we are; Mind Hive is the most masterful 35 minutes of post-punk you will hear this year. 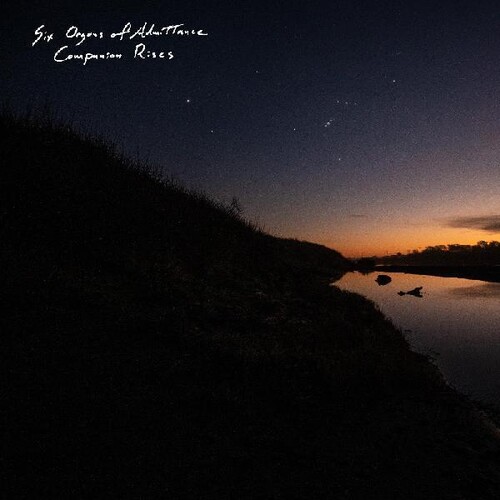 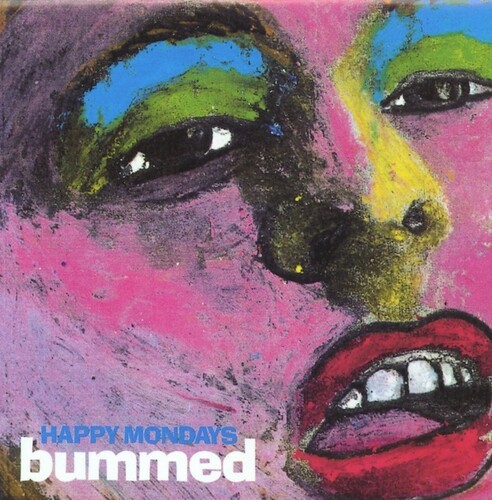 London Records present the first vinyl reissue of Happy Mondays' Bummed, originally released in 1988. Like many an influential album in rock history, the cultural significance of Happy Mondays' Bummed was apparent to precious few listeners upon it's first release on November 5th, 1988. Within a decade or two, Bummed would be hailed as one of the best records of the '80s, often by the self-same publications that had slated it back in the day - a harbinger of the seismic shift about to take place in British popular music, away from the squeaky-clean, corporately ordained pop-radio fodder which had increasingly dominated the charts since punk, and back towards the more aggressive, unruly, and experience-hungry urges which had always pulsed through rock n' roll. Artwork lovingly replicated by original Manchester designers Central Station Design. Featured the singles "Wrote For Luck" and "Lazyitis - One Armed Boxer". 180 gram vinyl; gatefold sleeve with embossing; printed inner-sleeve; includes download code. 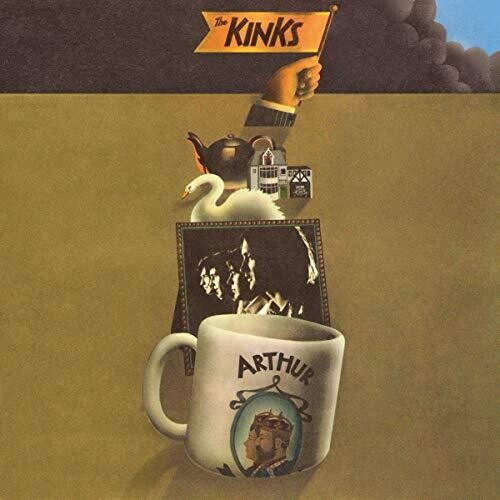 Arthur Or The Decline And Fall Of The British Empire

Arthur or the Decline and Fall of the British Empire - The hugely well-respected and historically important Kinks seventh studio album Arthur Or The Decline And Fall Of The British Empire was released on 10th October 1969, and celebrates it's 50th anniversary on 2019. 'Rock musical' in style and one of the most effective concept albums in rock history, the album was constructed by Kinks' frontman Ray Davies as the soundtrack to a subsequently cancelled Granada Television play. The album receiving almost unanimous acclaim upon it's release. Rolling Stone 1969 - "Arthur is a masterpiece on every level, Ray Davies' finest hour. The Kinks' supreme achievement and the best British album of 1969". Melody Maker 1969 - "Ray Davies' finest hour... beautifully British to the core" Original album tracklist: Victoria, Yes Sir No Sir, Some Mother's Son, Drivin', Brainwashed, Australia, Shangri-La, Mr. Churchill Says, She's Bought A Hat Like Princess Marina, Young And Innocent Days, Nothing To Say, Arthur - The Kinks

$30.98
The Kinks
Arthur Or The Decline And Fall Of The British Empire
Quick View 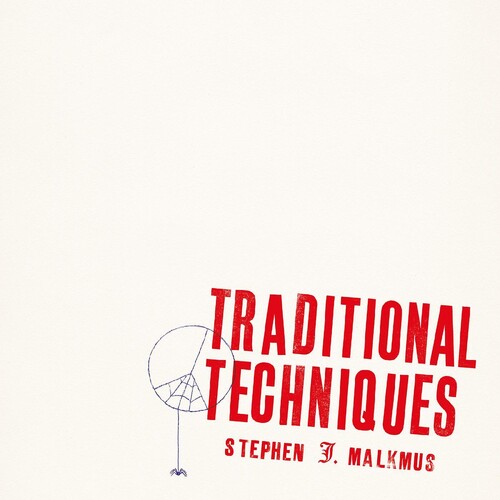 Traditional Techniques is new phase folk music for new phase folks, with Malkmus as attuned as ever to the rhythms of the ever-evolving lingual slipstream. Instead of roses, briars, and long black veils, prepare for owns, cracked emojis, and shadowbans. Centered around the songwriter's 12-string acoustic guitar, and informed by a half-century of folk-rock reference points, Traditional Techniques is the product of Malkmus and engineer/arranger Chris Funk (The Decemberists). Playing guitar is friend-to-all-heads Matt Sweeney (Bonnie 'Prince' Billy, Chavez, too many others to count), who'd previously crossed paths with Malkmus on the opposite end of the longhairs' map of the world, most lately gnarling out together back east in the jam conglomerate Endless Boogie. 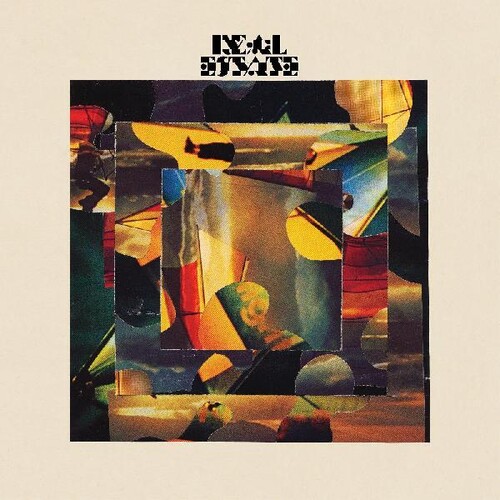 Over the last decade, Real Estate have crafted warm yet meticulous pop-minded music, specializing in soaring melodies that are sentimentally evocative and unmistakably their own. The Main Thing dives further into the musical dichotomies they're known for'lilting, bright guitar lines set against emotionally nuanced lyrics, complex arrangements conveyed breezily. What emerges is a superlative collection of interrogative songs as full of depth, strangeness and contradictions as they are lifting hooks.